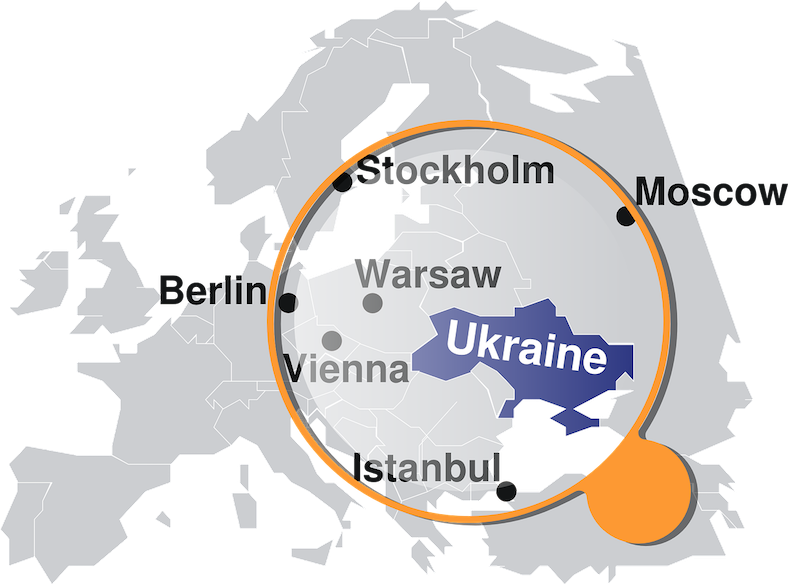 We have a significant number of eastern European immigrants in this area and several families from the Ukraine live in my immediate neighborhood. From the beginning, the kids were friendly and outgoing and spoke English quite fluently after just a short time. The parents tended to keep to themselves. In addition to the change in culture, I assumed that language presented a significant barrier and I decided I’d like to be able to speak to them so I signed up for a class. The structure of the Russian language reminded me of Latin, which I actually liked in high school — but the Cyrillic alphabet drove me to distraction. When I see a letter that looks like a P, I don’t want it to be pronounced as an R. Something that looks like a capital B, in my opinion should not sound like a V. And that’s not to mention the character resembling a backwards numeral three or the one that looks like a square with stout little legs. I wondered if the adults living down the road from me were as frustrated by our alphabet as I was by theirs. I eventually settled for being able to say “good morning”, “thank you”, “goodbye”, and other basic pleasantries. I was rewarded for my small efforts when this morning, I was out walking and passed my Ukrainian neighbor pulling out of his driveway. He rolled down the window of his car, waited until I got close, then stuck his arm out and waved broadly. “доброе утро”, he shouted as I came close. “Good Morning!” “Dobroye Utro”, I said back to him. and judging by the huge smile on his face, I think I may have even done a decent job of rolling my R’s..