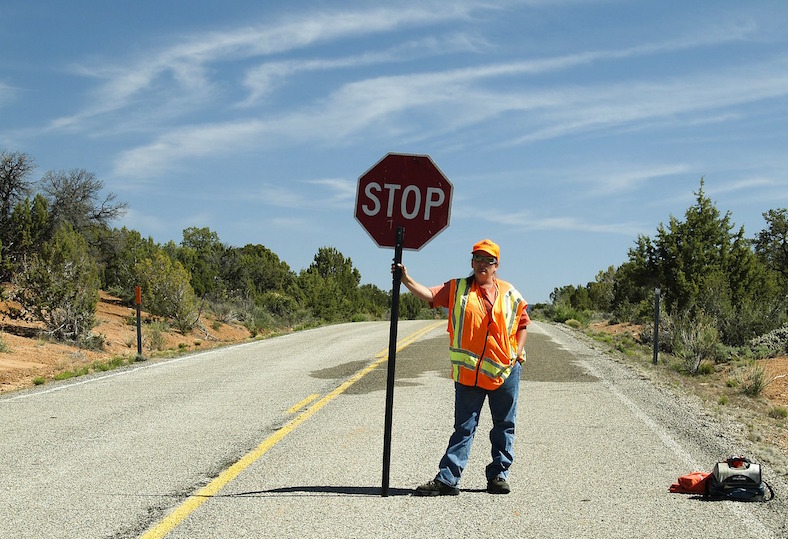 I was stopped for speeding while driving in Montana. This is pretty impressive because until not many years ago, there was no speed limit in that state. “Reasonable and Prudent”, was the official guideline. These days, the official posted speed limit is defined as 80 — probably seen as a crawl by some of the state’s residents — yet I’ve never heard of anyone being stopped for speeding in Montana. Ever. So imagine my surprise, when I was recently pulled over for just that. I was  going 53 miles per hour in a construction area and the freeway was down to one lane but no one was working at the time and I seemed to be moving at the same pace as the rest of the cars. I never dreamed I’d  be stopped for a measly eight miles over the posted maximum.  Not in Montana, of all places. I found it particularly ironic because I was pulling a small trailer and am not known to be an especially fast traveler when I have our trailer in tow. I can’t say the state patrolman was particularly amiable, although he didn’t write me a ticket —  just gave me a short lecture accompanied by a disapproving scowl. I don’t mention the details when I relate the story to my friends.  I don’t say that I was stopped for going 53 miles an hour.  I just casually mention that I was stopped for speeding in Montana.  It’s earned me a whole new level of respect.