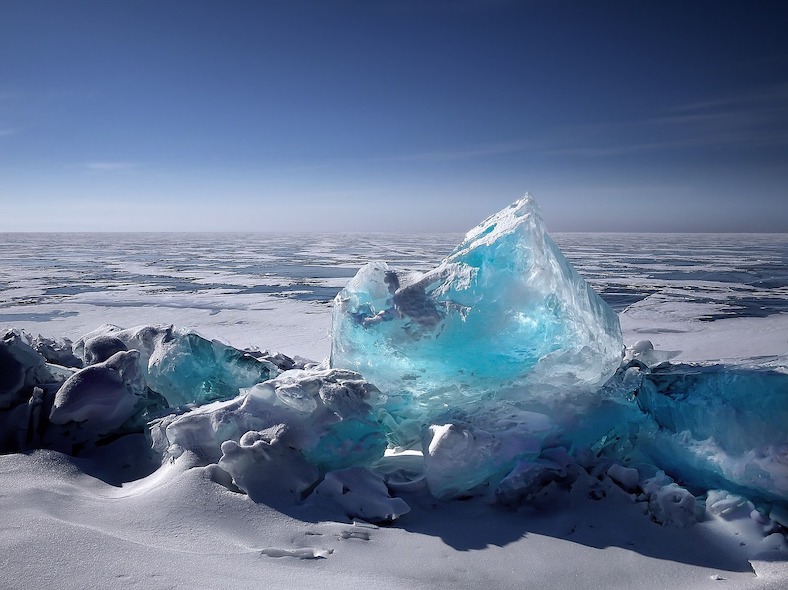 I grew up not far from Lake Superior but never heard of its “ice road” until two weeks ago. During much of the year, a ferry runs between mainland Wisconsin and the town of LaPointe on Madeline Island but when the lake freezes over, it’s possible to drive between the two.  After the 5th grade, island kids go to school across the water in Bayfield and if the lake has frozen, they are “bused” by wind sled, a covered, flat bottomed airboat that can travel on ice but will float if the ice isn’t substantial enough to support it.  Once it gets really cold and thick ice forms on the big lake, it’s possible for conventional vehicles to make the two-mile crossing. While that road is open, the ice is monitored several times a day and marked with evergreen trees so that drivers can follow the route, which can have poor visibility because of blowing and drifting snow. One of my high school friends who still lives in our hometown drove the ice road recently and posted beautiful photos and a video on Facebook. I’m so envious. There’s a lot of ice fishing in northern Wisconsin and we drove on frozen lakes all the time when I was a kid but I can only imagine what it would be like to have the experience on a lake the size of Superior.  An inland body of water so large it has tides, Superior lives up to its name. I see her adventure as a perfect example of being able to walk — or, in this case, drive — on water.