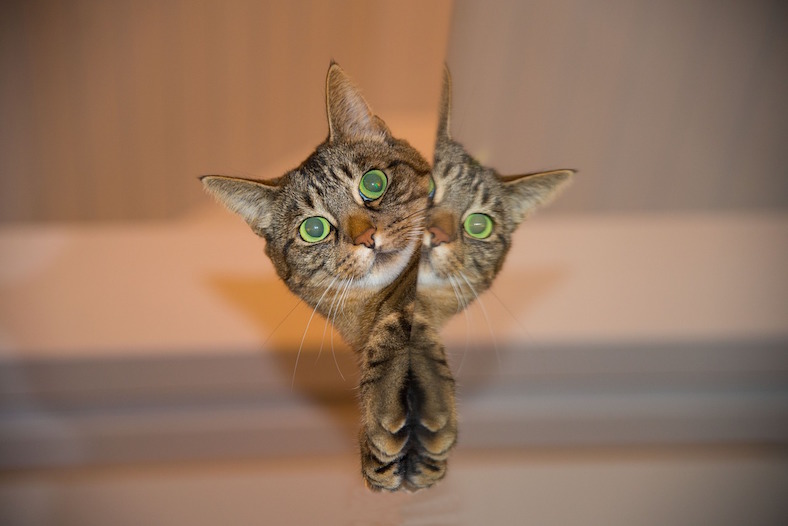 Three days ago my cat had to have her tail amputated.  Sad story, true fact.  She had a large tumor removed from the base of her tail, things didn’t go well with healing, and the upshot is that her tail died — as in gangrene-type died.  So my husband and I, who have a for-better-or-worse commitment when we adopt a pet, opted to have her undergo the surgical procedure. She’s recovering nicely and is the same sweet cat, though decidedly resembling a Manx now.  It made me think about the esthetic value that most humans put on appearance, even the appearance of their pets — I knew someone who wouldn’t have his dog’s leg amputated when advised by the vet to do so, simply stating that he’d be damned if he’d have a dog with three legs.  My cat doesn’t care about looking in the mirror — and other fur-covered animals never would judge her for lack of  beauty or an appendage.  I wish people were like that.