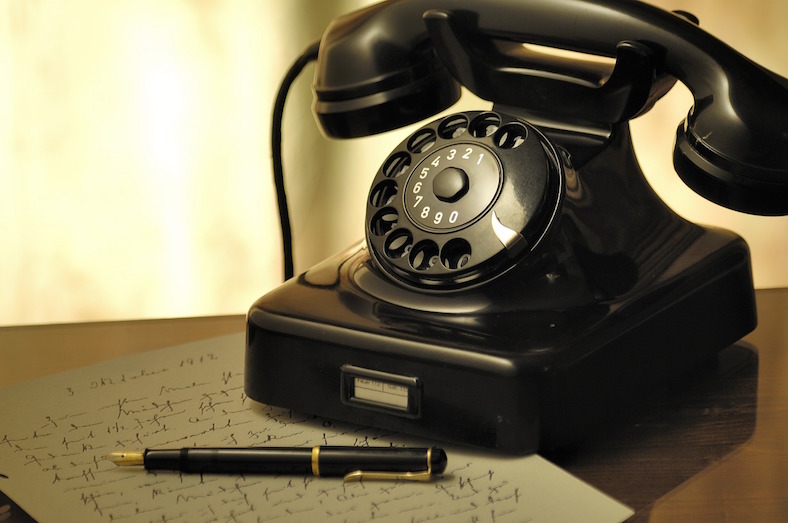 I was thinking this morning about the telephone party lines in the really small town where I grew up.  A lot of people had phones that were on a party line — especially families that didn’t live right in town. We had to go through an operator to place calls and the numbers were short. People on a party line listened for their own specific ring — for instance, one long and two shorts — and were supposedly honorable enough not to sneakily pick up and eavesdrop on conversations between other people on their phone line.  If you picked up the phone and heard people talking, someone else on your party line was using the phone — you hung up and tried again later.  In the Hank Williams song “Mind Your Own Business” some of the lyrics are, “the woman on our party line’s a nosy thing, she picks up her receiver when she knows it’s my ring”.  How many people, I wonder, today would even know what the heck those words mean. I remember often requesting that the operator connect me with 304-W.  I vividly recall that number but whose it was, I don’t know — except that it must have been a good friend and I must have called it a lot because I still remember it. We lived in town and my family’s phone number was 178.  Just those three digits.  It felt like a big deal when I was in high school and the phone company did an upgrade. At long last, everyone was given a seven digit number — though we only had to dial the last five of them for local calls.  Dial — a word whose status these days is right up there with party line.