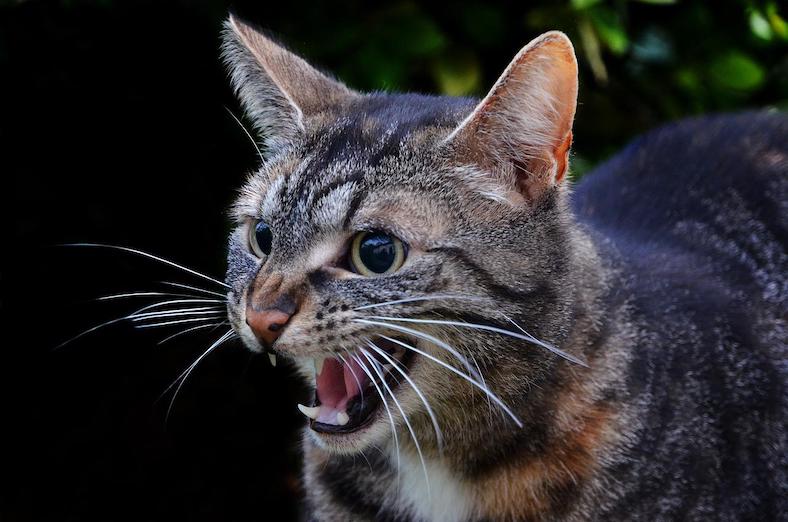 Let me preface this by saying I have always loved cats and until last year when our last ancient kitty died, have always had at least one and sometimes several of them. I’ve been known to stick up for cats when they’ve been maligned by people who are intolerant of their often-independent ways or complain about cats’ lack of social skills. Until now. Here’s what happened. A couple of days ago I was out walking with our small dog and stopped to talk with someone who lives just down the street in our new neighborhood. Her three huge cats came out into the street and gathered nearby, assessing the situation. “Oh look, so cute. They’re curious,” the woman said, smiling fondly at them as they sat nearby. It turns out they were in fact SO curious they suddenly decided to circle our little dog and with some silent cat signal among them, in unison attacked her, claws out and slashing. I grabbed poor Luna, who was shrieking in fear and, as it turned out, I was the only one who got scratched. This would be an awful story, except it turned into a of dark kind of comedy when the cats then turned on one another, not that dissimilar to a shark feeding frenzy. Fur was flying as we hastily made our getaway down the hill. We now walk warily when we pass that house and I haven’t seen any more of the “curious” cats or their owner, but I have developed a selective fondness for cats in general.

Image by strh from Pixabay