Boxspring in the Kitchen 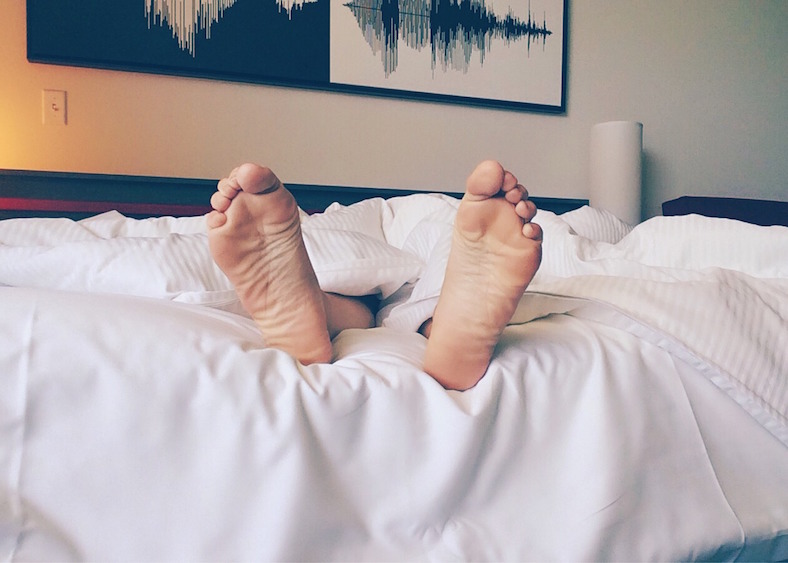 There’s a queen size boxspring sitting in my kitchen.  I don’t mean to imply that I don’t know how it ended up there.  I do.  In fact, I helped carry it and put it there. It’s not set up as a bed but is instead leaning on end against one of the walls in that room.  The kitchen was intended to be a stopping point for the boxspring as it makes its way from an upstairs bedroom where it was replaced with a bed frame, to one downstairs — in a room that’s earned a bona fide bed instead of the futon sofa that’s been there for years.  My concern is that because we haven’t yet bought the mattress for the downstairs bedroom, that we’ll stop noticing it and get used to the boxspring being in the kitchen, where it’ll stay for a month — or two months — or who knows, quite possibly even a year.  My husband and I sometimes have a way of starting projects, getting half finished and then not necessarily abandoning them but getting distracted by other things that need to be done.  My sewing room has one wall that remains unpainted.  I have a flower box that’s half planted.  An antique desk is close to being refinished.  I’m trying to look at a positive side — if we lay it down and add a mattress, it’ll make a convenient place for an after dinner nap.