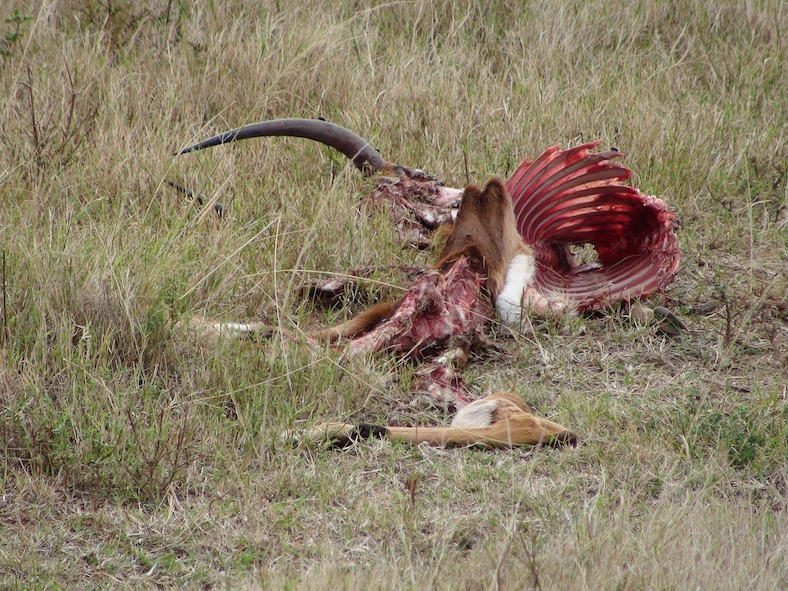 We had a bunch of snow back around Christmastime and whenever my dog and I took our morning walk and passed a specific place where the plow had piled everything high, she would yank me over and want to dig like crazy. As the snow diminished, rib bones began to surface — and now that the snow’s been gone for a while, the remains of an entire deer are visible, though the parts have been scattered by ravaging animals.  It probably was hit by a car last winter and I can tell you that the warmish spring temperatures haven’t done the deer’s face any favors in the looks department — so for several days I walked in another direction to avoid passing this scene.  There aren’t a lot of walking options where I live and the dead deer route is the best way for us to go — it’s the one with by far the least traffic — so yesterday I decided I would walk that way and just make sure I didn’t look.  I live in a mostly rural area that has houses scattered with woods and fields along a gravel road and I figured I could walk on the other side of the street for that bothersome stretch of road.  At least that was my plan.  As I neared the area of concern, I started out by keeping my eyes either straight ahead or cast slightly downward.  As I got closer however, I couldn’t resist sneaking a peek — and of course, I was totally creeped out all over again.  If I had been leaving Sodom and Gomorrah, I know I’d have looked back.  I’d have ended up a pillar of salt for sure, just like Lot’s wife in the Old Testament Bible story.