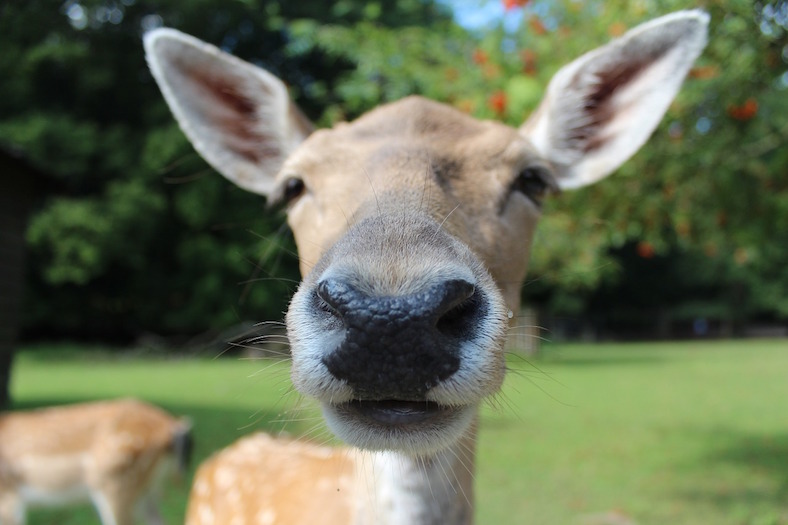 We have a bunch of deer that come and go, jumping easily over our fence when they visit.  Around the back of our property is what I call field fencing, four feet high and composed of wire rectangles.  In the front it’s the same — except that three horizontal cedar boards are added on the outside of the wire — so until you get up close and see that, it looks like a three-rail fence.  This morning there was a young deer in the front of the house, very skittish and very anxiety stricken by the visual of the cedar boards.  It didn’t believe it could jump it — even though the height is exactly the same as in the back — and  I made note to my husband that deer must not be the brightest animals on the planet.  It became more and more agitated, running back and forth in front of the house and eventually made its way around to the back — where there’s a well worn deer trail through the lot, leading to the spot that they leap over the fence. There’s also a gate, in a different place in back, and right now that gate doesn’t fit as tightly as it once did though it still latches.  Well, this deer that I accused of not being the brightest bulb in the herd — instead of jumping over the fence in the usual spot — walked over, head butted the gate, watched it open and ran on through.  How did it know to do that?!?!  Looks like I’m not such a hot judge of deer IQ after all.