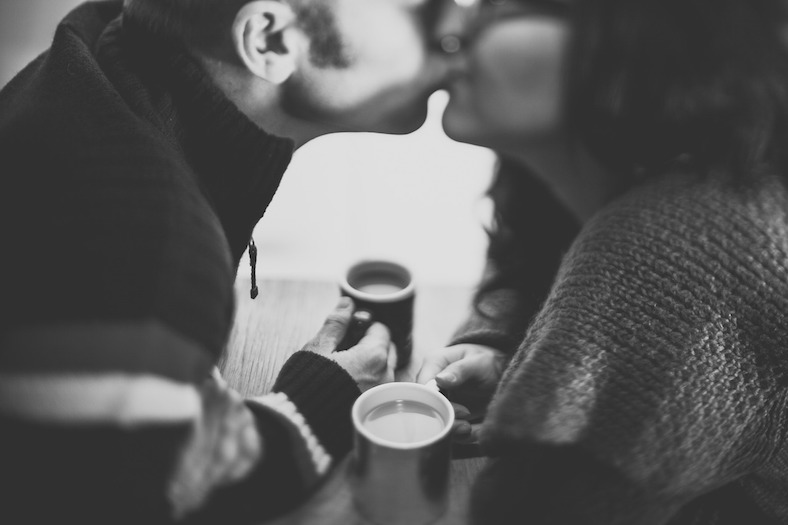 The other day I watched a forty-something couple arguing and yes, I guess that technically qualifies as eavesdropping.  The disagreement was over something simple, just like most of the things that cause friction are and I didn’t catch exactly what it was — something like who had been the last person to use the dishwasher and forgotten to it turn on afterwards, who was supposed to have arranged for car pooling — some small point that in the greater scheme of things is really inconsequential but often can get pretty heated in one of those he-said-she-said moments.  Then mid argument, the couple stopped and came together for a short kiss before they resumed their dispute.  They didn’t get all lovey dovey, just stopped and kissed — and this happened a couple of times. I don’t know who came out ahead and it doesn’t matter.  What I thought interesting was that even though they heartily disagreed with each other, they made a point to reaffirm the warm feelings that they maintained, above and beyond the peripheral differences they were having. What a great example for their kids, who were not far away. I’d like to see more of this behavior in the world.  I’d like to think that maybe it might eventually even carry over into politics but probably that’s asking too much.  And it’d be way too weird to witness during a debate.