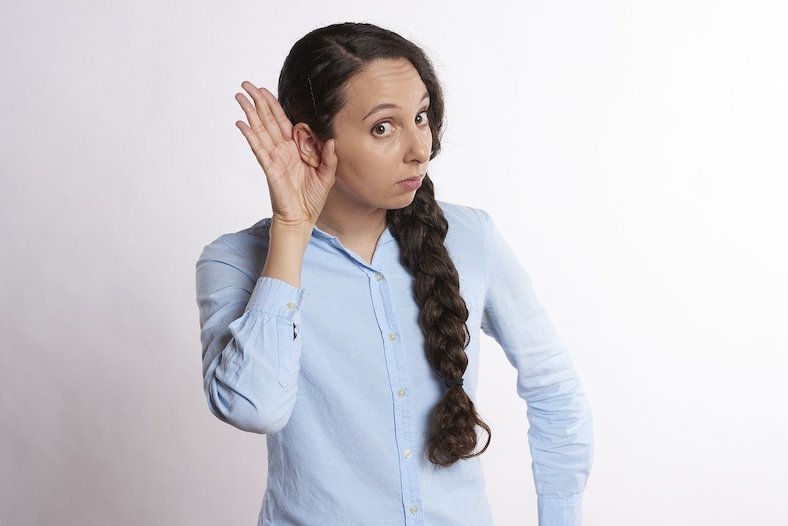 I’ve talked about hearing issues before. A couple of years ago, I wrote about the stove repairman who called while on the way to our house. My husband asked his name and I heard him question into the phone “Binyan???”  The man apparently agreed, had hearing issues himself, or just didn’t care — because I heard my husband confirm. “Okay, Binyan, see you soon.” When the man got here, the name embroidered on his shirt was “Damian”. One of my longtime friends went in for her annual physical and wondered why she was being asked about being a backhoe user, only to find out the doctor had no interest in her operation of heavy equipment. The question was if she was “a tobacco user”. A week ago we were camping at Flathead Lake, at a Montana State Park called Big Arm, likely named for the large bay where it was located. Lots of employees at state and national parks are retired people and who live in RV’s or trailers in the parks themselves, and I asked one of them if she lived around there. “I live between Big Arm and Elmo,” she told us, mentioning another small town nearby. My husband laughed really hard and asked her if the next town over was Right Wrist. She smiled politely but was plainly confused. He thought she said she lived “between Big Arm and Elbow”.