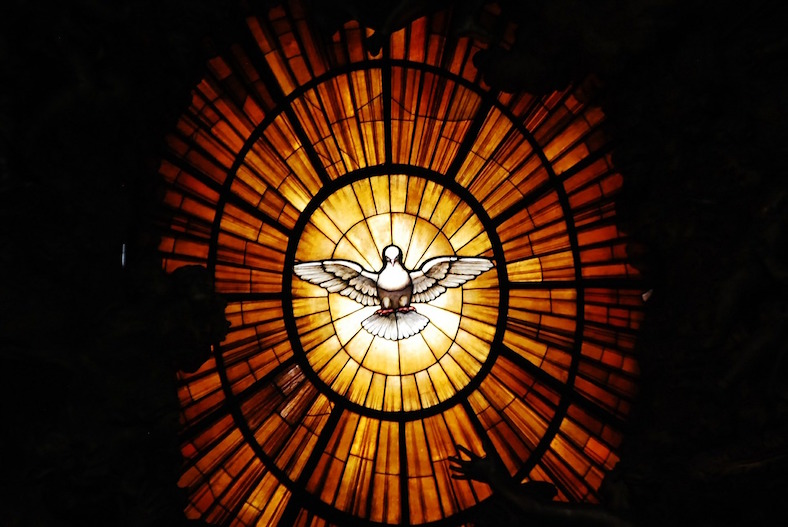 I’m currently reading a David Richo book called “The Power of Grace”.  I grew up Catholic and the word “grace” was bandied around a lot — though never really satisfactorily explained. That was back in the 1950’s though, and a lot of things weren’t satisfactorily explained — the iodine pills we were given once a week at school to combat the effects of radiation in the case of a nuclear attack or the reason why most pop singers seemed all to be named Bobby — Bobby Darin, Bobby Vee, and Bobby Vinton — for starters.  Grace was an unknown as far as I could tell, aside from being depicted as a triangular ray of light emanating from a descending dove in a catechism book.  What I’m reading now defines grace as a gratuitous favor. It can be a synchronicity, a series of coincidences, or favorable conditions.  It doesn’t have to be earned. We can’t generate it, we can only receive it.  It’s there for everyone, any time.  So I say:  Come on, grace. Let’s see that triangular ray of light.  I’m ready.