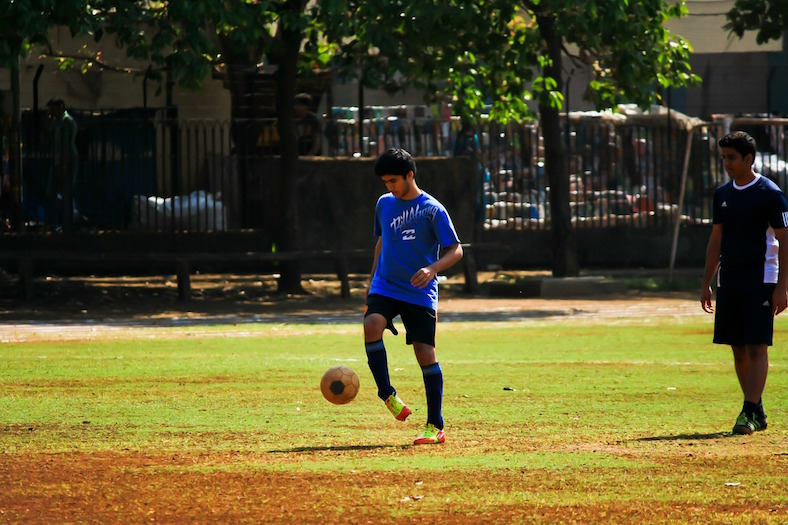 On the way to the other side of the state last week, my husband and I stopped midway for lunch at a Subway sandwich place.  I saw a couple of buses in the parking lot and didn’t think much of it until we got inside and found ourselves behind a busload of high school soccer players.  We figured it would take us longer to drive around and find a new place than to wait — and Subway’s usually fairly fast — so we got in line behind the last of the kids.  To pass the time, I asked where they were headed and it turns out they had games scheduled against two of the schools in the city where we lived and we had just left a couple of hours earlier.  I asked how their team was doing and we had fun talking about the upcoming contests.  These high school boys, ninety percent of whom appeared to be Latino and probably were, judging from where they lived, were not only friendly but unbelievably polite and extremely well mannered both to the workers behind the counter and to us. I allude to their ethnicity only because there are people who seem to think that having an immigrant background somehow tends to make someone less admirable and I’m frankly pretty tired of that attitude. After everyone ordered and we had our food, we looked around the room and saw that the soccer team had taken up virtually every seat and table in the place.  We’d been sitting in the car for a long time so it seemed okay to stand and my husband and I resigned ourselves to a counter near the door — when one of the boys, assessing the situation, came zooming over and offered us his and his friends’ table.  Those teenagers represent the best that there are. I believe it.