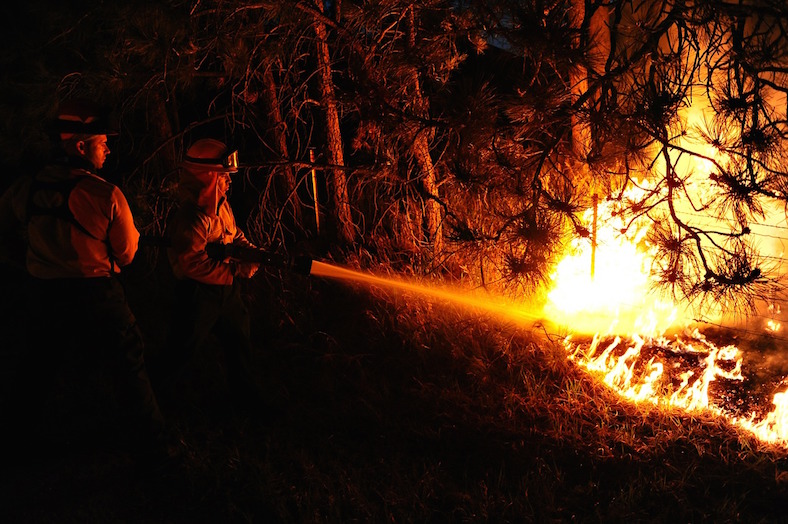 It’s been a summer of intense heat, lightning strikes and seemingly non-stop wild fires here in the Inland Northwest.  The smell of smoke is ever present, the sun is either invisible or appears briefly as a muted orange globe at sunrise or sunset.  The air quality is zilch.  Entire towns have been evacuated and fire fighters have been called in from around the country — and still the fires rage on, as strong winds whip the flames into a fury. Two days ago three young men lost their lives and four others were severely injured on fire lines in this state, as they worked to slow the inferno. Though each year the Northwest has a fire season, the consensus is that there has been nothing comparable since 1910.  I resolve to never underestimate what the fire fighters are up against, never take for granted the risks they take.  They are truly heroes.