She Looks On The Bright Side 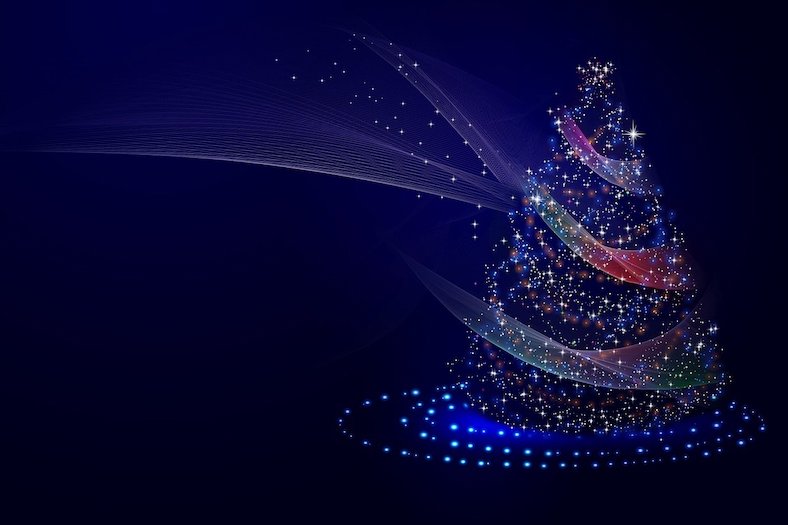 It’s a given. We have a real Christmas tree. It’s an important part of the season for us. We used to cut our own tree but the last couple of years, we’ve taken to buying one. A lot of firs grow in this part of the country and it’s not difficult to get one that’s been very recently cut. It was certainly different when we lived in Texas and never knew how long ago that’d happened. One year we bought one and two weeks before Christmas it was so dry and losing so many needles, we took it down and put up another. Over the years we’ve tried a lot of varieties. One year we had a Concolor Fir, which is kind of blue-ish like a spruce. It was bushy and wide and if it’d stayed up until Easter, I’m convinced it would’ve still been okay. Last year we had a Nordman Fir, which was lovely but had no discernible odor. Most often we’ve had a Noble Fir. This year the Nobles tended to be long and narrow and I prefer a wider tree so we chose a Douglas Fir, famous for it’s wonderful smell and one of the most commonly used here in the Northwest. It’s shape is full and it has a nice color. The man at our favorite lot told us “The Doug” isn’t the longest lasting of them all but should be good for well over two weeks indoors if properly recut and watered. We did everything as directed and the tree is gorgeous to look at with all its lights and ornaments, but poor Doug is drying out considerably faster than I’d like. It’s not to the point where we have to tiptoe past so it won’t drop needles, but I think it’s going to have to come down very shortly after Christmas Day. I talked with one of our granddaughters about it and told her by the time they get here on the 24th, it may be not much more than a stick. She’s so excited all twelve of us will be able to be together here for Christmas, that’s pretty much all she cares about. She said, “Don’t worry, Oma. I like sticks.”