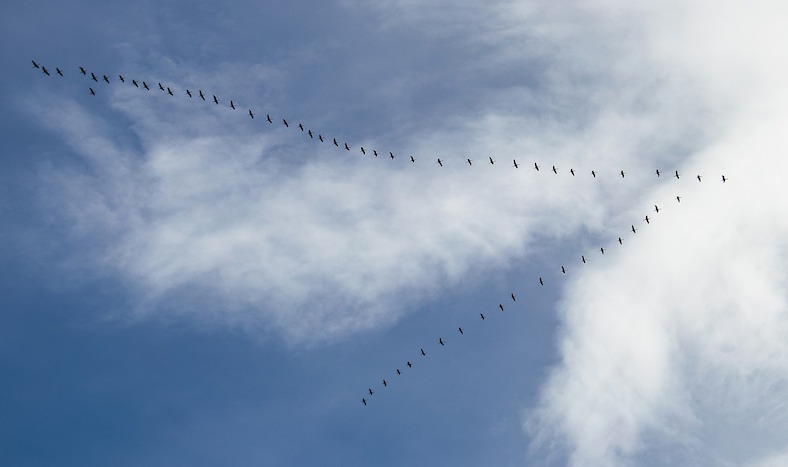 I’m pretty sure I talked about this phenomenon another time but I was re-impressed when the other day I saw it again. In the song, it’s “six geese a-laying” but the geese that I stopped to watch were flying and there were fifty or sixty in the large flock above me. While in flight, the leader somehow communicated that he or she was ready to hand over the reins, because slowly and steadily, another goose calmly left its position farther back in the “V” and headed toward the front. When it got close, there was no squabbling or discord while what had been the lead goose slowed and fell back into the general pattern — and the other took its place at the front of the formation. The group continued on its way and as far as I could ascertain, there was no discernible interruption in their progress. Harmony and cooperation, exemplified in nature. I would like it if more things were resolved this easily.