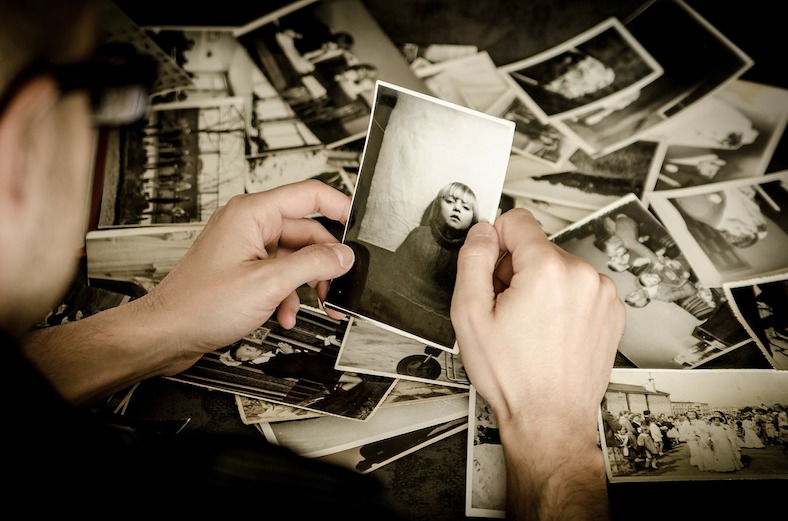 I’ve been going through more old pictures and threw away a lot.  I got rid of the photographs of people that no one in the family seems to know — people who were friends of ours years ago and that we’ve lost track of over time, pictures that our kids would someday hold up and say, “Who the heck is that?!?!”  I know this because when my husband’s mother died, we went through her photographs and asked the same thing. There they were, glamorous but grainy, early color photos of people with martini glasses and cigarettes at a cocktail party, people standing next to 1950’s automobiles, people that we had no idea who they were or why their picture might have been taken. Christmas card photos of people that we didn’t remember? They didn’t make the cut. I wasn’t entirely ruthless — I did save the ancient black and white pictures of family members, and even labeled names on the backs of the photos, intending to scan them into my computer. I remembered that one of our sons had a college girlfriend who seldom wanted her picture taken so we only ever had two pictures of her. She was pretty and photographed well — but she said she didn’t want to just end up in a dusty box of pictures, stuck in a closet. The relationship didn’t turn into a permanent one — and when I was going through that box of old photos, there were the two pictures of her, at the bottom of a dusty box.