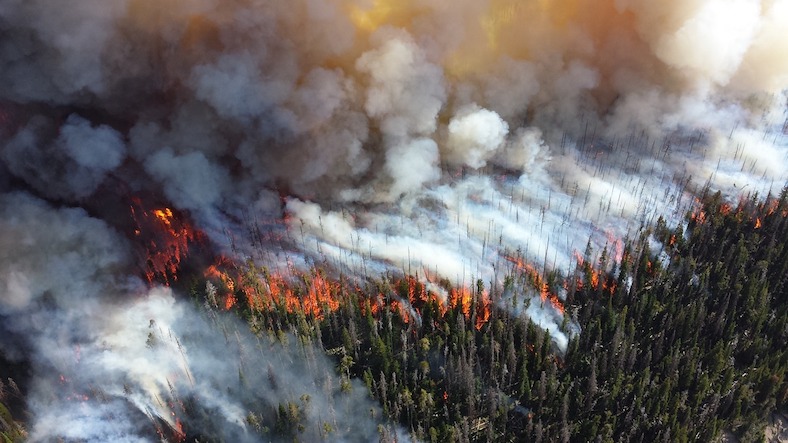 I live in the Inland Northwest, in the high desert of Eastern Washington where the Selkirk Mountains — a chain technically geologically older and separate — join the Rockies, though where one begins and the other ends, I personally have never been able to determine. It’s a beautiful area, although for the past two weeks, I wasn’t able to see more than a few hundred feet from my house.  Smoke from huge forest fires throughout Washington, Oregon, California and British Columbia blanketed the area, creating a low-lying thick fog of particulate matter.  Cars used headlights during the day and even people without severe breathing issues wore masks when they went outside. I don’t know how the outdoor animals coped. A friend chided me, reminding me that we had our lives, we had our homes, we should have been grateful for those things instead of complaining. I don’t like being a whiner — but I haven’t seen any blue sky for weeks and I miss it terribly.  I drove across the state the other day and the smoke continued for the full three hundred miles to Seattle and included that city as well — and from what I understand, extended all the way to the Pacific. What normally would be our season for swimming, hiking and camping became a time for reading and watching movies. Finally last evening, it cooled and some rain fell, so there was a little relief — but if predictions are correct, a season of smoke will be our norm in future years.  If smoke follows beauty, as people around a campfire like to say, then the Northwest was as beautiful as it could get this summer.