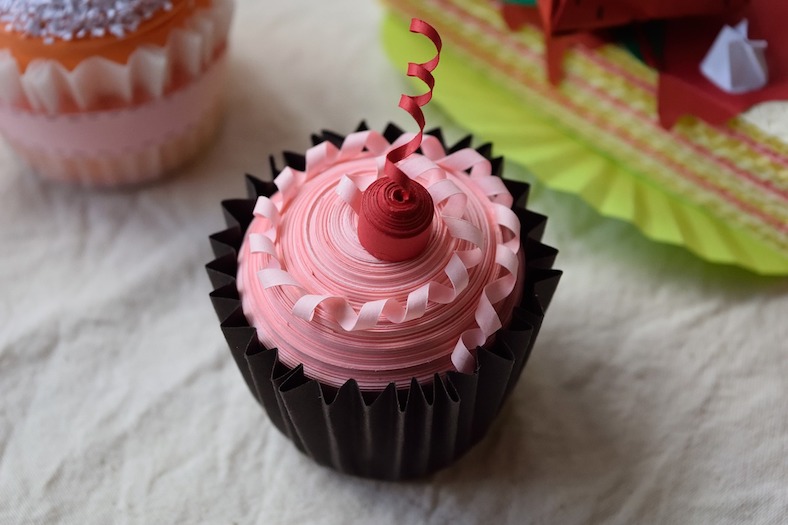 When I saw a specialty cupcake store go into a strip mall not far away, I thought it’d never be a success.  Apparently I underestimated the love of sweets in the area because month after month, I noticed it not only stayed open but had a steady stream of people coming and going. I like cupcakes okay but I think sometimes they can be a little dry — plus it’s a pain to peel off the wrapper.  I knew I was in no danger of being addicted, especially at the price per cupcake that I heard they were charging — so one day I stopped inside, just to look around.  I was amazed at the variety of cupcakes — one called confetti, another named birthday cake, plus red devil, double chocolate, coconut and about ten others — different flavors on different days.  I couldn’t resist trying something and when I settled on one called creamsicle, I was immediately smitten. I went back a couple of days later and bought a beautiful, pink, strawberry champagne flavored one.  Now I had two favorites.  When it seemed that every time I happened to be out, I managed to find a reason to visit that particular shopping center, I decided it was time to get this monkey off my back and resolved to take a cupcake break. Everything was fine until I had dinner at the restaurant next door to the place, early on a Saturday evening.  The door of the cupcake shop was open and the counter person hollered out to passersby to come back at six.  The store is closed on Sundays, she said, and from six until closing every Saturday, everything is half price. There are just some things that are better left unknown.