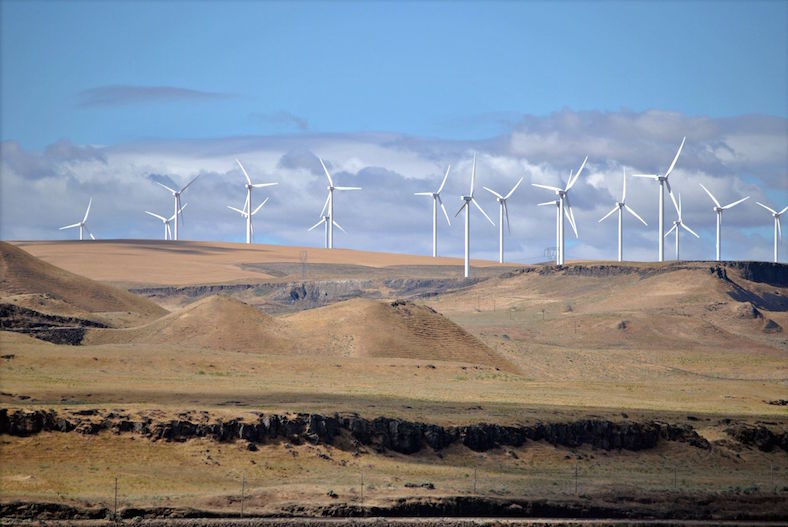 In north central Oregon next to the Columbia River are a multitude of windmills — one after another, stretching to the horizon.  In that section of highway lies Shepherds Flat, one of the largest land-based wind farms in the world.  The economic impact is huge and for me it also has a significant visual impact.  Dramatic, graceful and bleak all at the same time, the giant turbines turn uniformly in the wind, creating a hypnotic effect over the dry eastern Oregon landscape.  At one point I could see windmills stretching endlessly and The Dalles Dam with its gigantic electrical grid in the foreground — while not far away, volcanic Mount Hood loomed large over the entire landscape.  What a strange juxtaposition — what a graceful interface between technology and nature.