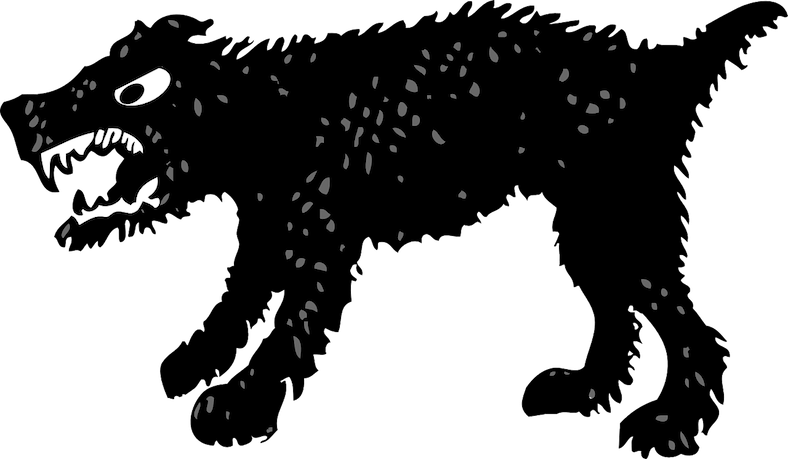 Over the past couple of years my dog has been attacked four times while we’re out walking together.   She’s been on a leash and as far as I can ascertain is doing nothing ominous or threatening — ears not forward or perked up in a weird way, no stiff tail, no growling, no canine posturing evident — just marching along by my side.  Suddenly out of the blue comes a dog who breaks through its invisible fence barrier, jumps a physical fence or breaks away from its leash and owner specifically to attack my dog. The assailants have been a variety of dogs — some that are normally considered to be very non-aggressive breeds and every one significantly bigger than my dog’s thirty pounds — and though she doesn’t initiate, she’s a tough little cookie and can stand up for herself should the need arise.  In one situation when the owner was finally able to extricate his dog, the one left bleeding was his hundred and twenty pounder. There are tons of other dogs we pass without any incident at all and I catch myself contemplating what makes some dogs think they have to prove themselves to every passing canine.  Makes me think about the people who verbally do the same and attack with no provocation. I’ve known people like that — they never pass an opportunity to say a mean word, be sarcastic or throw out a cutting comment.  I wonder if it’ll ever become socially acceptable to adopt my dog’s attitude and just bite them.