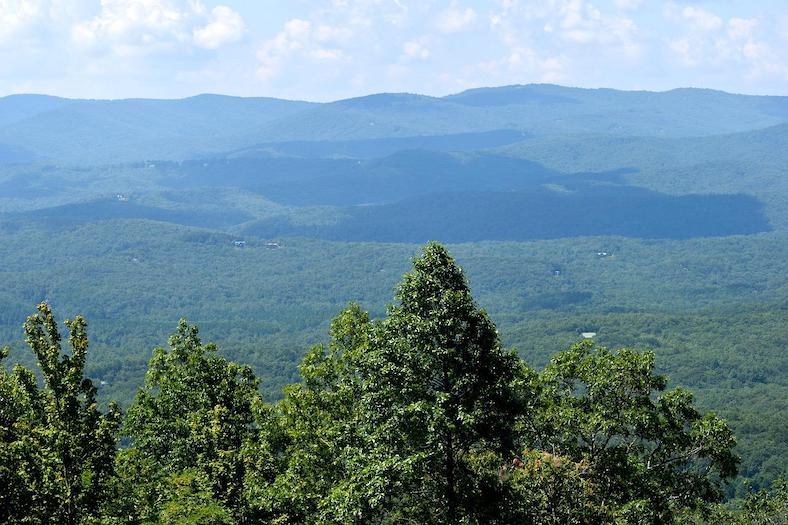 Shortly after we moved to eastern Kentucky, I visited my family in northern Wisconsin. I remember stopping in one of the stores in town and the owner asked where I lived. When I said “Kentucky”, she began to gush about how much she loved the Bluegrass State and all the horse farms. I didn’t mention I lived nowhere near that. My husband and our children and I lived smack dab in the middle of Appalachia. I’ve been watching current news about the flooding in eastern Kentucky and I ache for the people back in those “hollers”. The level of devastation horrifies me. I’ve got a soft spot in my heart for Appalachia. My attitude puzzles those of my friends who have spent their lives in the Pacific Northwest. If they think of Appalachia at all, it’s as backward and poor, mentally challenged and drug-afflicted, but there’s so much more. We lived in eastern Kentucky for six years. Two of our children were born there. I can personally attest  to the incredible beauty of those soft, folded, green mountains, the intrigue of the mountain music, the warmth of the people. The colorful expressions of speech, some of which originated with early settlers from England, Scotland, and Wales, fascinate me still.  When not long ago I found myself calling an Apple tech support number, I spoke with a woman with such a familiar accent, I asked where she was located. She told me Apple is retraining people in southeastern Kentucky, in the the poorest of the post-coal mining counties, to work from their homes and do telephone support. Not long after that I happened upon an online story about a bakery in a small town with the unlikely name of Jackhorn, Kentucky. The Black Sheep Bakery offers people second chances. Their website says it like this: Once a thriving coal camp in Central Appalachia, it’s now “a community struggling with unemployment, addiction, and poor health outcomes, Many of its citizens, in the throes of addiction, have been incarcerated. When they emerge from their cells, they find it almost impossible to find a job.” The Black Sheep is “a place willing to forgive and willing to train folks who are searching for acceptance and work”. I’m a believer in second chances myself and if I ever get back there, I’ll go there because I love their philosophy and their hope.  Besides, the baked goods look absolutely incredible.