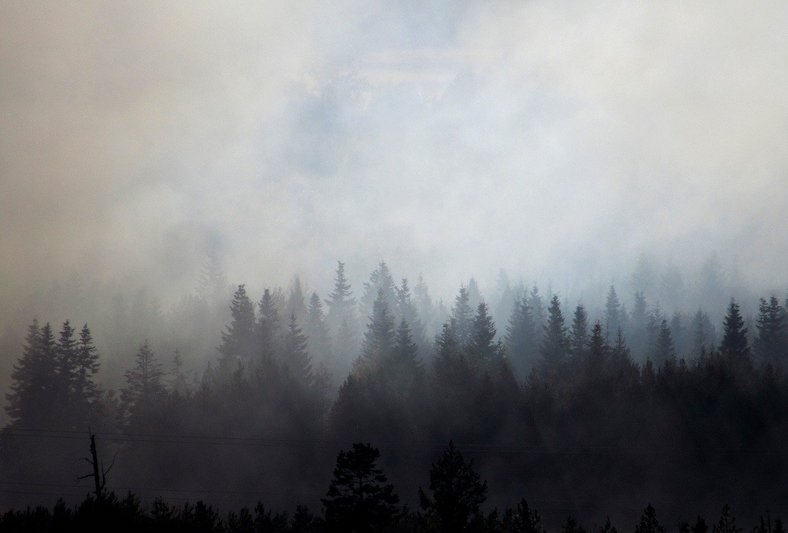 On Labor Day we left for a much-anticipated camping trip to the Washington coast. The wind was between 40 and 50 mph that morning, but we were pretty sure it would be temporary. We took the freeway west and at the town of Ritzville, headed southwest on US Highway 395, only to get stuck in a line of traffic after about 30 miles. The highway was closed. Low visibility due to blowing dust had caused a multi-car collision. For four hours in the middle of endless wheat fields and hundreds of other vehicles we sat — but I had the audio book “The Grapes of Wrath” along so we spent the time commiserating with the Joad family. The dust didn’t settle until the next day but when we finally got to Cape Disappointment, it was sunny and clear and the Pacific was warm enough for swimming. After two days, a thick layer of smoke descended and as news came in, it appeared the entire west was on fire. Huge blazes in California as well as in Oregon, and closer, here in Washington State. The sky resembled the thick fog Lewis and Clark found so depressing during the winter of 1805-06 here, but the intense smell of smoke told the real story. Our plan had been to spend time at a Columbia River state park on the way home and instead we drove on. Ten hours through impenetrable smoke for over 400 miles, but we felt lucky to be safe. To top off the day, the dog got sick from smoke inhalation and we ended up at the local pet emergency clinic at ten at night. The skies are still smoky, but definitely less so, and our air quality has gone from “toxic” to “hazardous” to “unhealthy”. Last night I went outside and looked straight up, where I could just very slightly make out the ordinarily bright star Vega. There’s hope.

Image by Daniel Roberts from Pixabay