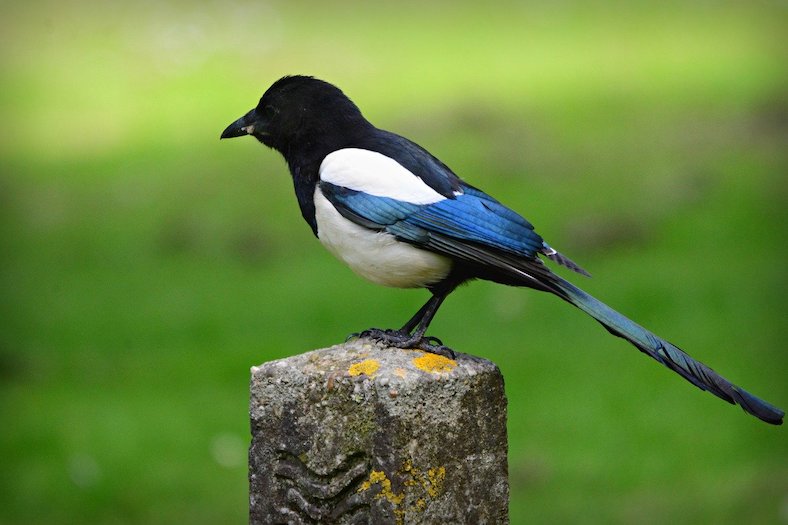 When we moved from the southeastern United States to the Northwest, we got as far as eastern Montana when I noticed a lot of striking black and white iridescent birds in the parking lot of the restaurant where we were having breakfast. I asked the server what those beautiful birds might be. She looked out the window and then back at me before answering with what looked like distain and just a hint of a sneer, “Those? They’re magpies.” Ah, I thought. Like Heckle and Jeckle, only the cartoon birds hadn’t been portrayed as having such a lovely appearance. I know now, after living in the West for more than thirty years, that magpies are loud, raucous, nervy birds and they are common. On my first drive to Seattle from our house in eastern Washington, I marveled at the beautiful yellow flowering shrubs totally covering the hillsides in the western part of the state and was informed that Scotch Broom, as it’s called, is not native to the Northwest and is in absolutely no way beneficial. In fact, it’s quite the opposite, and massive efforts are made to eliminate it. I discovered many non-native plants have gained a foothold and spread rampantly, crowding out native plants and making the soil toxic for anything else. As a result, I now know which things are considered “noxious” by the agricultural boards. I’ve learned to eradicate Skeleton Weed and Knapweed from our property — though I’m very slightly forgiving of Toadflax for a very short time when it first comes into bloom, because of its striking yellow flowers. Magpies? I still think they’re beautiful. It’s in the eye of the beholder.

Image by Mabel Amber from Pixabay