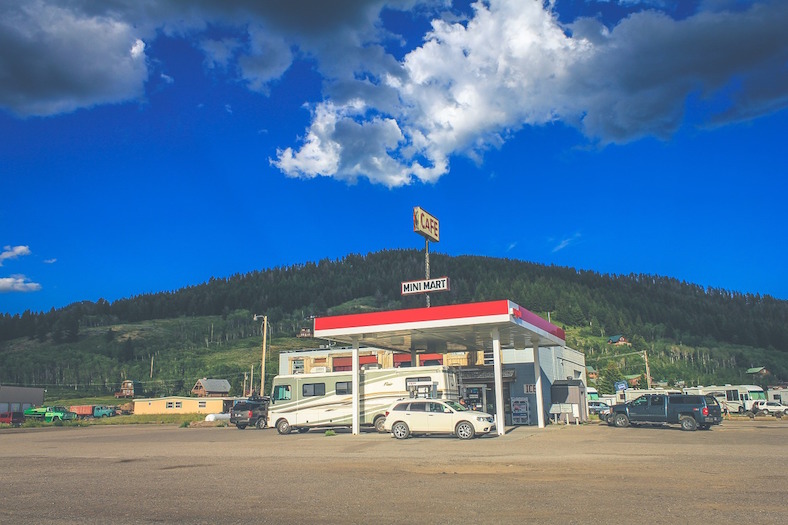 On our way to a campground in British Columbia last week, we stopped for gas at a stop-and-go place that popped up at a highway intersection. I spotted a sign outside advertising ice cream so I checked and sure enough, there was hand-scooped ice cream in a bunch of flavors.  It turned out to be some of the best ice cream I’d ever had so when we passed by in the other direction, I lobbied to stop again.  This time, as we pulled up, there was a grizzled old guy laboriously getting out of a late model burgundy colored car next to us.  One arm was in a sling and it looked like he was having a problem with his hip as well but he was grinning broadly as he attempted to extricate himself from the car.  His clothes were stained and disheveled, he had no teeth and no hair, save for an extremely long, drooping gray mustache but when he told me what a beautiful blue color my eyes were, of course I immediately adored him.  We walked inside together and while I bought my ice cream cone, Eddie — by now we were on a first name basis —  told me that black cherry was his favorite flavor and he sure did like black cherry so I sprang for a cone for him.  He sat outside on a bench with my husband and me and while we all savored our cones, I handed napkin after napkin to my new best friend as he futilely tried to keep his melting ice cream under control with his one good hand while holding a cup of hot coffee with the hand whose arm was in a sling. Our cones finished, my husband and I said farewell to Eddie, who remained smiling through a mustache now thoroughly coated with black cherry ice cream.  A couple of hours later, we were walking down the street, exploring a small town about twenty miles away when a burgundy colored car came down the road. The driver honked wildly, his good arm waving out the window at us, his beaming face turned our way.  Turns out it is a small world after all.