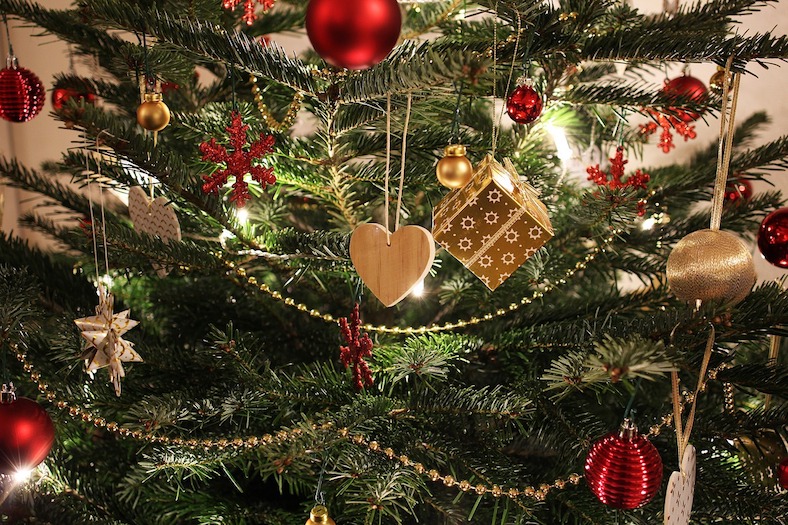 My father grew up on a farm during the first part of the twentieth century. No matter the calendar, no matter the season, there were chores to be done. Cows had to be milked, eggs gathered, firewood chopped. There was very little time and even less money, for personal celebrating or holiday decorating. At Christmas, his mother would haul a large branch from a pine tree into the house, prop it in a corner, add a few decorations and call it good. When I was growing up, each year my uncle went into the National Forest and cut a large Norway Pine for our family. Indigenous to the woods of far northern Wisconsin, the Norway, with its long, soft needles and far-spaced branches, bore little resemblance to those featured in traditional Christmas pictures, yet it was the quintessential holiday tree in our home. Here in the Inland Northwest, Christmas trees are primarily firs — Noble, Grand, Frasier, Concolor or Corkbark — and I love them all, each for a different reason. Last week, we made the annual trek to our favorite tree farm, in search of the perfect Christmas tree. It was cold and the sky was a bright blue as we walked the acreage, breathing in the smell of thousands of trees. Row upon row they stood, as monks paying silent, prayerful homage to the beauty of nature. A raven circled high overhead, an auspicious omen I thought, as the raven is my spirit animal. My husband and I usually steer clear of the stunning Concolor Firs because of their propensity to have large bases, requiring more time spent lying in the snow with a bow saw, but this year there was no snow on the ground and we found a beauty with a manageable trunk size. I drank hot cocoa and doted on the tree farm’s large friendly cat, while the tree was shaken, confined inside a red and green net bag, and tied to the top of our vehicle.  It now stands proudly adorned in the living room, filling the air with the scent of fresh pine. The day before yesterday, just as I started on my morning walk, a few large snow flakes began to drift slowly and lazily from the sky. The snow quickly became substantial and before long, the countryside looked like a giant’s hand had scattered a coating of powdered sugar over the roads, trees and houses. The orange colored stones, I imagine by some nature of their content, maintained greater heat than the others and generated small melting circles of snow around them, creating a polka dot effect along the road. Western snow is normally dry, not well-suited for constructing snowmen and I walked through the heavily falling snow until I resembled a snowman myself. I stomped my feet and watched the snow fly from my footprints, like stamping through feathers, while my dog repeatedly buried her nose in it, emerging each time with a happy, snow-covered face.  Again a raven kept watch, this time shouting encouragement from the top of a tall Ponderosa Pine. I earned a look of disdain from its critically cocked head when I returned a squawking rendition of its call. When the storm ended, three or four inches of white blanketed the earth, softening fence posts and mail boxes, dissolving the sharp corners on roofs. My fourteen-year-old dog ran in circles of joy, romping and playing like a puppy. Up the road I heard kids shouting and laughing as they zoomed down the hill on sleds. Though winter hasn’t officially started, in another week the tilt of the earth will change and we’ll begin our slow dance, heading back toward the light. The cold will linger but the days will lengthen quickly and the winter solstice with its short, dark days, will just be something to be talked about during the summer fire season, when we look back and remember the cold.