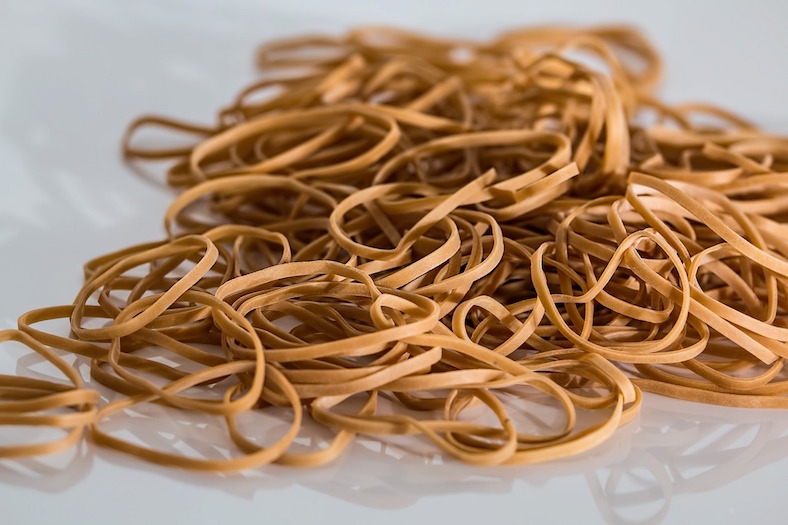 I spent this past week cleaning out my husband’s mother’s condo.  Like so many people of that era, she rarely threw anything away and I doggedly faced closets filled with shelves of saved grocery store jars, cracked rubber bands, thin towels that were worn to threads and more — especially plastic.  I thought of the man whispering “plastics” in Dustin Hoffman’s ear in “The Graduate” and wondered if grandma had seen and been influenced by that movie because in the early 70’s, she became enamored of plastic — multiple plastic bookcases made to look like wicker, plastic stacking table and chairs, plastic Lazy Susan devices in all the cupboards, holding assortments of aged, unopened spice jars — and of course, enumerable collections of plastic grocery store bags. I have kind of a phobia about plastic so while it was a little bit of a nightmare for me, it also felt good to get rid of the stuff.  While I was donating and tossing, donating and tossing, I remembered something a friend told me several years ago after her father passed away and she cleared out his house.  He had also lived through the Depression and had a penchant for hanging onto everything.  The epitome came when she discovered a large canister holding pieces of string and she saw that the label on the container read “String Too Small To Be Saved”.