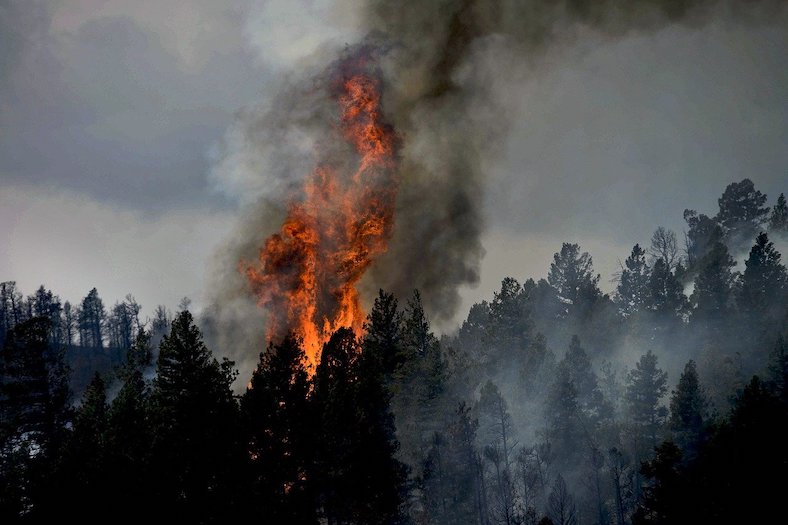 In the town where I grew up, the local lumber company burned to the ground on a hot summer night. My sister and I walked the few blocks from home to watch the fire. I was both mesmerized and terrified. I have no recollection of the aftermath. Was the fire deliberate? Was it an accident? Did the lumber company rebuild? I have no idea, though I lived there until I got married. What I do remember is the size of the fire and the intense heat, even from a considerable distance. My husband and I lived in various parts of the eastern third of the country for many years and it wasn’t until a friend from California visited us in Kentucky and marveled, “It’s so green!” that I even gave the vegetation a thought. I now live in an area that annually endures what is referred to as “fire season” and this year it’s been so hot, hotter than I could ever have imagined. Endless days and weeks hovering around a hundred degrees, sometimes over a hundred and ten. Only a few inches of moisture have fallen since the start of the year, including snowfall. The sun is unrelenting and smoke obscures the horizon. The smell of smoke lingers in the air, some days stronger than others but almost always there. Throats are scratchy, eyes are red, sinuses are clogged. And wind. An almost ever-present hot wind. Summer is normally a time to be outside as much as possible but we’ve been warned that even unseen particulate can damage lungs. People went from what my neighbor says was “pandemic to heat-demic”. A few nights ago a new fire erupted less than a mile from our house. I stood out in the road and saw the orange flames and billowing smoke and suddenly remembered that hot summer night when the lumber company burned. Here, planes and helicopters flew over and dumped huge buckets of water they’d dipped from nearby lakes and rivers. I stayed up much later than usual, to make sure an evacuation order wasn’t going to be issued. So far that hasn’t happened. But it feels like our summer has been stolen.

Image by David Mark from Pixabay