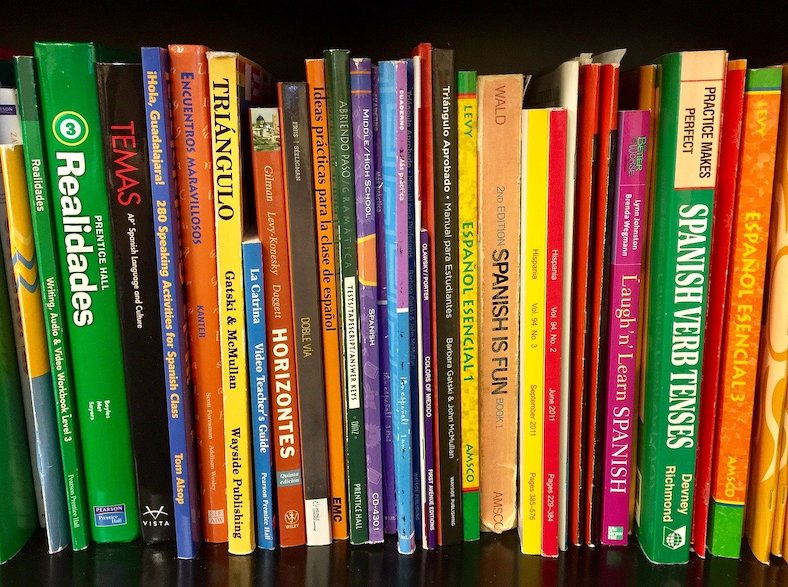 I’m taking a new online Spanish class taught by a man who owns a language school in another city. Ordinarily he teaches in person and because of Covid, he cannot. I’ve been learning Spanish on and off over the years, but this class is more challenging than any I’ve taken. So the other day a woman who attends this Zoom class with me called and said she had a mini breakdown after our last session. She didn’t feel like she’d understood the assigned reading material as well as she wanted and decided the essay she’d written was totally inadequate. I laughed, not because what she said was funny, but because my feelings were not dissimilar — and were the same as another friend who emailed me about it. There are only seven of us in the class. If three of us had those thoughts, it’s a safe bet others did too. Due to online technical problems causing a shortage of time that day, my essay was the only one we used as an example and when I saw the corrections, my initial thought was it’d been used because it was the only one with mistakes. Only when the teacher emailed us all copies of everyone’s essays with corrections on each one, did I realize how foolish that was. So often when I feel dumb for asking a question, I discover other people are relieved because they had exactly the same question. I’m grateful my friend reached out to verbalize her uncertainty and I’m hoping this turns into a learning experience for us — one that’s personal in nature, not one about Spanish vocabulary or verb usage. Our poor teacher. Looks like he’s landed himself a class of over-achievers.

Image by Anne Karakash from Pixabay