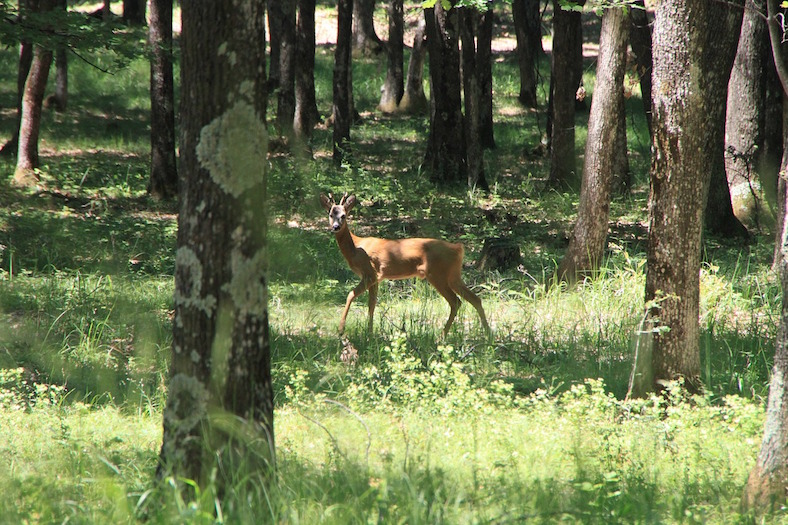 When I was out walking last evening, there was a herd of deer in a field just up the road.  They got a little freaky as my dog and I got closer and as a group, the whole bunch decided to get out of there.  Acting with one mind, they quickly decided to move on and head into the woods across the road, where I guess they thought they would feel more sheltered.  The fence around the field was constructed of two strands of barbed wire strung between posts and there was a lot of space between the wires.  The deer arranged themselves single file and ran, leaping poetically over the fence, in that graceful manner that deer seem to have.  All except one, that is.  The last one, though as big and tall as the others, crouched down and passed under the wire instead of jumping over it and I could have sworn she looked at me a little smugly, thinking I would notice that she chose not to exert herself to the extent that her friends did.  It made me think of the people that I observe passing through airports.  Some of us take the stairs, some ride the escalators.