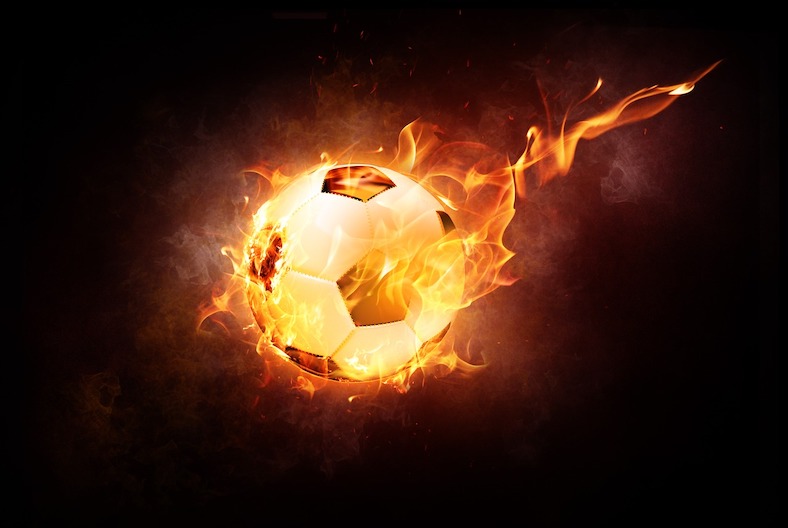 Every four years I become a soccer fan. I unabashedly love the World Cup. I’m not such a fanatic that I get up to see games that start at 2 AM in my time zone but I watch the ones that start at a reasonable hour where I live. That means on most days for the past few weeks I’ve seen one match at eight in the morning and another at eleven. There was one pairing in which I felt especially invested and actually considered setting the alarm for five AM — but in the end, decided I didn’t need to see that game from the get-go. I love the idea of countries from all over the world participating in a common event. I once knew someone who referred to soccer as a “hobby”. He was dead wrong. Soccer players run constantly for forty-five minutes before a fifteen minute half-time, then run for another forty-five, plus varying added stoppage time — which one of our grandsons thinks could be labeled “floppage time”, as it’s based partly on the seconds spent when players are down on the ground. I have so much respect for the physical stamina of these guys. American football games last for three or four hours, have undue focus on violence, and are interrupted incessantly by commercial after commercial, time-out after time-out. My favorite station to watch soccer is Telemundo. I understand less than half of the commentary, but it’s all worthwhile when someone scores and  the announcer holds the word “GOOOOOAL” for ten or fifteen seconds at least once, and sometimes two or three times. I think of Dani Rojas on “Ted Lasso”, who smiles broadly when he says, “Futbol is life!”. I smile too.