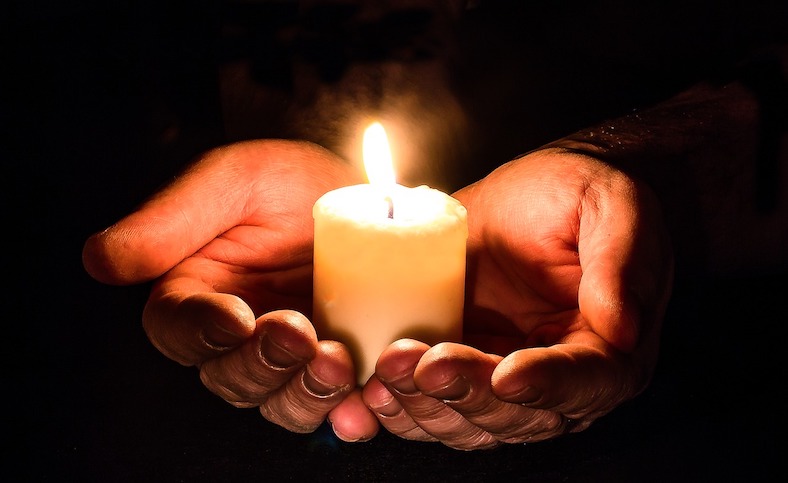 In the winter, I feed any deer who are willing to jump the fence and come onto our property.  I’ve been told that feeding deer is illegal in some states but here it isn’t, and as long as snow covers the ground, they’re welcome to a meal here each day. The product that I buy is called ‘dry cob’, to differentiate it from the one called ‘sweet cob’, which I gave them one winter. The sweet cob was so candy-like and addictive that they hung around long after winter was gone, staring at first hopefully — and then a little threateningly — toward the kitchen windows that face the back yard.  It probably took them until July to get rid of the monkey on their back that year.  These are dark times, politically.  People are angry. A lot of people have lost the capability to hear another person’s views, to listen without getting red in the face and having steam emanate from their ears.  They close their minds, fearful of allowing anyone else’s disparate ideas to resonate in the least. This has become a common theme among newspaper and radio pundits and the talking heads on television shows.  Everyone seems to agree on that, yet hardly anyone wants to risk being the first to sit down with the neighbor who has opposing political views implanted on a post in their front yard.  My neighborhood has people who have extreme views on both the right and the left. We’re all good people.  We smile and wave at each another, stand and chat in our driveways or at mailboxes, admire someone’s new outbuilding and happily accept an offer to look inside. We have neighborhood gatherings. We watch out for each other. What we don’t have is either the desire or the ability to broach difficult but important subjects so we tend to avoid conversation on social or political issues. In the meantime, I watch the deer, the whole group running and looking like a picture on a Christmas card as they jump over the fence — thirteen of them, one after another in single file.  “On Dancer, on Prancer, on Donder, On Vixen,” I open the door and shout.  Every now and then, a disagreement arises between two of them and right afterwards, they return to peacefully sharing their meal.  If they can do it, so can we. I have hope.