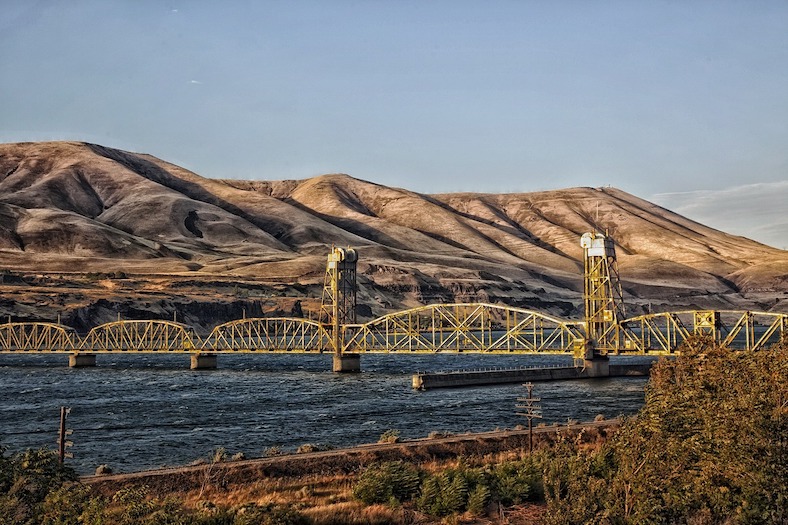 “Ma’am, that dog looks just like a little fox.” I looked down at my puppy and agreed. This man, my husband, our dog and I were visiting the Sacajawea State Park Interpretive Center near Pasco, Washington. We stood at the confluence of the Columbia and Snake Rivers, the place where Lewis and Clark set up camp and spent a few days, on their way to the ocean. We chatted a little. The man was with a tour group, enjoying an additional stop on his itinerary. My husband, dog and I were on the way home from several days of camping in the Ponderosa Pine forests of southern Oregon, and had stopped to check out this historic spot. What an amazing thing, to be able to stand exactly where the Corps of Discovery had been. I didn’t need a park ranger to tell me that it looked far different than it would have in 1805. No representatives of Native American tribes came to greet us and the two previously formidable rivers had been calmed by dams until the waters resembled a large lake — yet that day the rivers reflected the sky in such a way that it was possible to see the browner water of the Snake actually join the blue of the Columbia as they continued their way to the Pacific together. There’s a large visitor center. Lush grass and tree shaded grounds exist apart from the naturally stark brown hills and canyons that border the park.  On the property are seven stone circle installations, beautifully understated and designed by internationally known artist Maya Lin. I wandered through the visitor center’s exhibits, and decided to check out the selection of books. A docent almost immediately came over to tell me about a phone app that makes it possible to link to the actual journals of Lewis and Clark, day by day. I have a hard copy of those journals but I was pleased to get the online link from the University of Nebraska: https://lewisandclarkjournals.unl.edu    I realized I already owned most of the publications for sale in the store, but found a book where someone had taken the journal entries and “translated” them into current usage and spelling. The docent came up to me and whispered, “This is what I showed you on your phone. And the website is free.” I thanked him, and explained how much I liked seeing the experiences in everyday language — and how I prefer to hold an actual book, to feel its weight and smell the ink. I could tell he was disappointed so I waited and bought the book when he wasn’t looking. It’s here next to me, along with that fox-faced little dog.