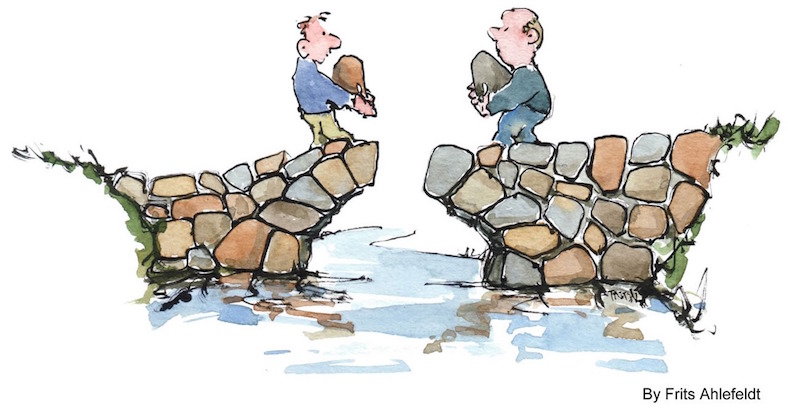 It seems to me that the art of compromise is becoming lost.  I don’t know when compromise became such an unfavorable concept that some people see it as a sign of weakness. I see people refusing to compromise in personal or business relationships and lately, especially in politics. I attended our state’s caucus the other day and I even noticed some scarcity of compromise in the language between people who were members of the same political party and for the most part, who share the same views. Whatever happened to give and take? When did having to win become the critical goal in every situation?  Why is speaking loudly and sometimes even rudely the criteria that some people have come to associate with being right and maybe even righteous?  And why is it so important to have everyone think you are right?  What’s wrong with backing down occasionally and bargaining — or heaven forbid — conceding a few points during a disagreement?  This I-gotta-win attitude carries over in interactions I see all over the place — with sales clerks or office receptionists as well as friends and marriage partners.  I’d like to see us all learn to give a little.  The first time we try it, our ego will probably scream with a bit of pain but after a while, it’d get easier.  Much easier.