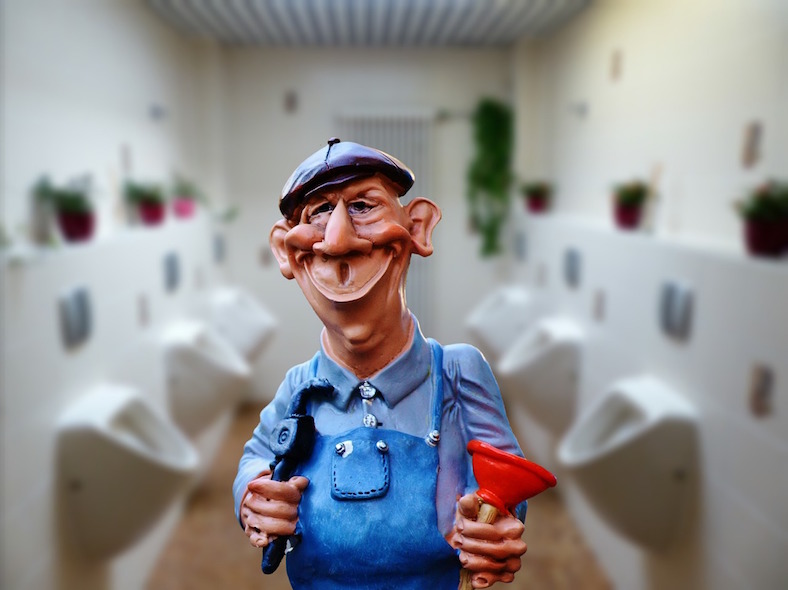 I used to have a plumber who was the loudest talker I’ve ever encountered.  He was the nicest man imaginable and was excellent at his job yet he spoke so loudly that it literally made my head ache to be around him and I despaired every time we needed his services. He seemed incapable of lowering his voice to a socially acceptable speaking range, whether he was describing a fix for the toilet or telling me about a new trick he’d taught his cat.  Everything was akin to shouting.  I wondered if he was possibly hard of hearing but that didn’t appear to be the case because he was aware of even the most minor drip of water from a leaking faucet.  He told my husband and me that he had not had a relationship for a long time and I wondered if his continuing status as single had anything to do with his voice — yet he seemed incapable of changing. Some time passed before I needed his services and when I did, he showed up practically glowing and informed me in his usual deafening tone that he had met someone and was planning to get married. I was surprised to receive an invitation to his wedding and immediately made plans to attend, eager to meet the person who would be sharing his decibel-filled life.  It was an outdoor wedding and when I arrived, he rushed over to greet me and took me across the lawn to meet his bride.  In a quiet, almost reverent voice he proudly introduced her by saying to me quietly, “This is the gal”.  Yes, I thought to myself, smiling at the change in him. This is the gal.