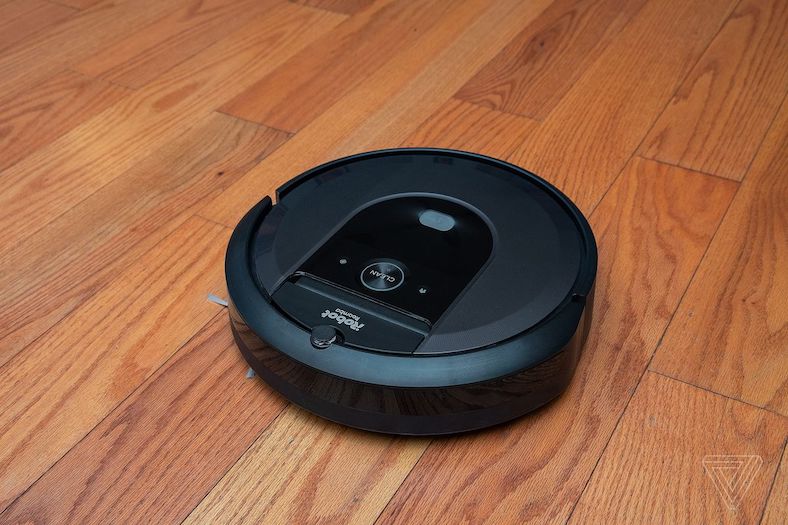 A few months ago my husband brought home a Roomba. If you haven’t seen one, a Roomba is a small robotic vacuum that scoots around the house, mapping its path as it goes. I was initially opposed to buying one, but after talking to a couple of people who totally love theirs, I relented — the caveat being it could be returned if I wasn’t impressed. To prove my belief that it wouldn’t be as effective as the vacuum we already owned, I ran the traditional one right before setting the new Roomba loose in the same room and was stunned to see how quickly it filled, picking up a ton of stuff that the traditional cleaner had missed. Before I knew it, I had agreed to trade that Roomba for an even more advanced model, one that’s programmable on a smart phone to clean specific areas as directed. Our cat doesn’t ride on it like I’ve seen pets do in online videos and our dog doesn’t chase it or bark at it, so in those respects it’s not especially entertaining — but my husband’s had a great time learning to program the thing. I look at it as his new toy, but our floors have never been cleaner. It gives new meaning to Hank Snow’s, “Rhumba Boogie”. That’s the dance I’m doing right now.