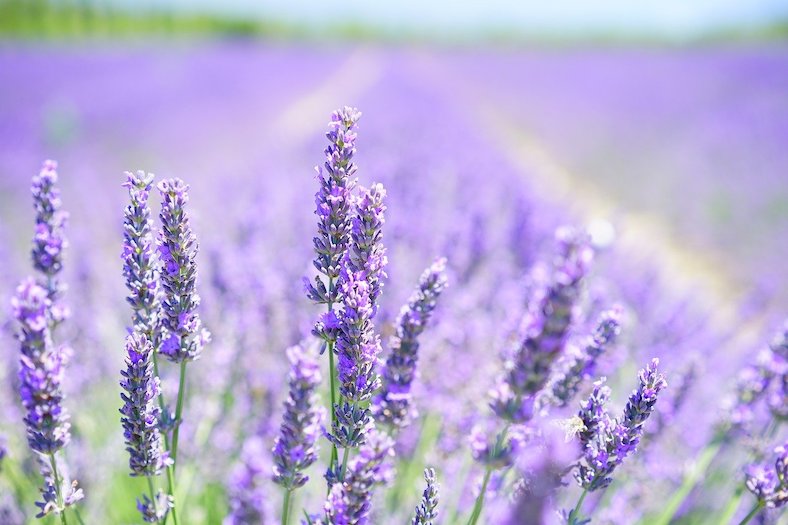 In the summer when I ride my bike, I sometimes pass a pretty little farmhouse that looks like it was probably built in the 1930’s. I don’t know who initially owned the place, but two or three years ago a woman who appeared to be in her sixties bought it. I’d occasionally see her out walking with two small dogs and I would stop along the road to chat. She seemed pleasant enough, except for a propensity to add the statement, “when I lived in France” into the conversation frequently — whereas I would have thought telling me once would have been sufficient. She painted the house a gentle lilac color with the trim in white, and added a white picket fence. Every time I’d pass, there’d be more renovations. First, chickens and an elaborate coop were introduced, then a substantial greenhouse was added. Then came several acres of different crops being tended by a man to whom she referred as “the foreman” and another hired man. The bulk of the land, she said, was to be planted in lavender and indeed, before long a professional sign reading, “The Lavender Farm” appeared. She told me her intent was to make this place, amidst endless wheat fields, a replica of a farm in the French countryside. Two weeks ago when I rode past, everything had changed. The house is still beautifully kept but now is painted pale yellow. The chickens and the greenhouse are gone, and though a small vegetable garden next to the house is visible, the rest of the acreage has returned to native grasses. The sign has disappeared. I wonder if she became disenchanted or discouraged, or just lonely. Or maybe, no matter how much she tried, she found she couldn’t turn Eastern Washington into France.