You Break It, You Buy It 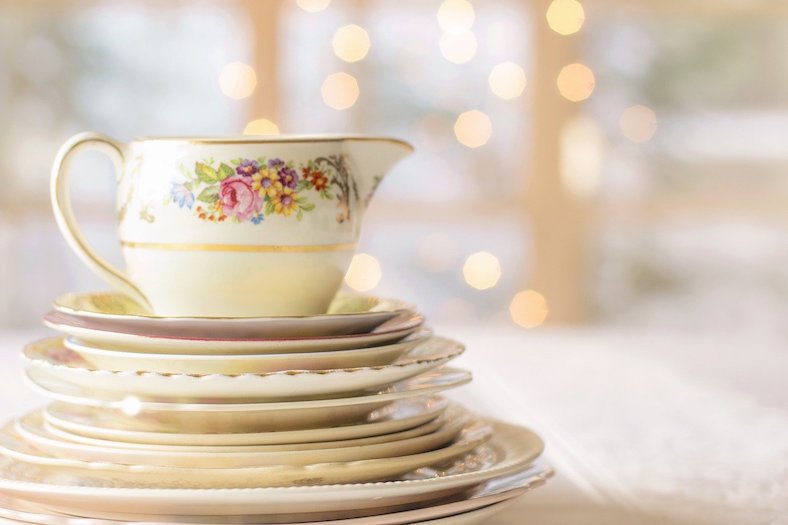 I just read a short piece in the latest print issue of Harper’s magazine, a list of accidental damage done to works of art in museums. One incident involved a visitor tripping on a shoelace, falling down a flight of stairs, and slamming  into a display of seventeenth-century Chinese vases. A couple of workers at Sotheby’s, thinking a crate was empty, threw it into a garbage compactor, only to find it contained an important piece of art. A boy lost his balance, tripped over the protective cordon at a museum, and made a fist-size hole in a seventeenth century painting. The list went on. About ten years ago, a lovely, well-meaning woman tried to give me a piece of shale about six inches wide. It contained the tiny fossil of a leaf.  “No, no,” I told her. “Fragile things left in my care have a way of getting broken.” I was especially thinking of a china washbasin bowl and pitcher set my husband’s aunt gave me years ago. It sat unused in a closet for so long, I eventually took it to an antique consignment shop. It didn’t sell there and after a while, the woman at the store asked me to come and get it. She was surprised it hadn’t sold because not only was it very pretty, it included the still-intact original soap container and apparently that was unusual. When I reclaimed it, it was no surprise as I was packing everything up, I somehow managed to break that little soap dish. I thought the woman at the store was going to cry. Back at my office and to my dismay, the person with the fossil was so insistent, she eventually wore me down. I put it up on a shelf where it sat safely for several years until………… you guessed it. It fell and broke. The small fossilized leaf is still intact, though the piece is now less than an inch square. The moral of this story: If you have valuables you think I’d like or you want to give me, please reconsider.

Image courtesy of TerriC at Pixabay.com