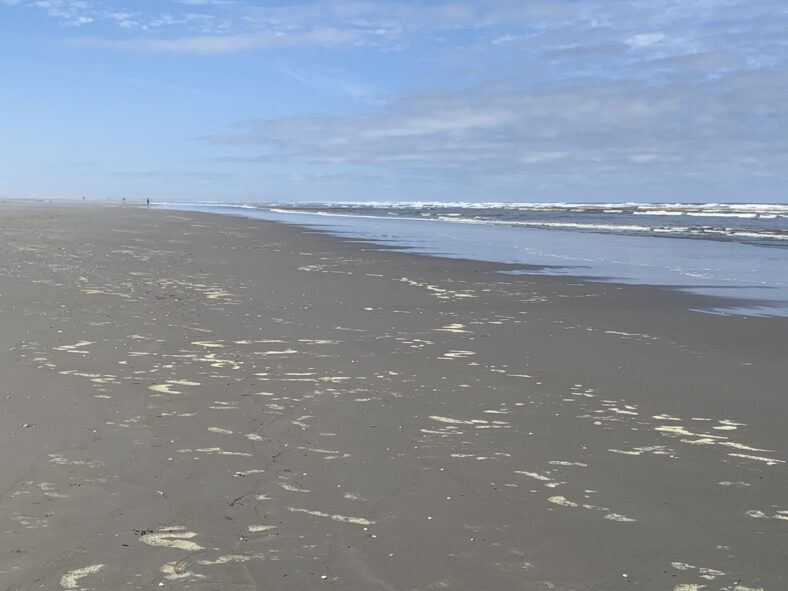 I met Michele on a deserted beach on the Washington coast last week, where she was watching the waves break on the shoals offshore. Our conversation started because I was curious about the elaborate Sea Hag painted on the side of her vehicle. I was sure there must be a story behind the large decal covering half her car. It turns out her husband had added it shortly before he’d died, just two months ago. He was forty-two, she said, and had a massive stroke at home while she and her daughter watched, unable to do anything except call 911 and wait for the paramedics to show up. Her words poured out as fast as her tears fell.They had been a blended family for fifteen years with five children between them, two of whom still live at home. The kids are having a tough time coping, and her husband’s mother is understandably heartbroken too. Michele comes to this spot almost every evening because it’s where she and her husband regularly sat and looked out at the ocean, making plans and dreaming their dreams. Sometimes they even danced there in the parking lot. At her request, the hospital gave her a printout of her husband’s last ECG, now it’s a tattoo over her own heart. She has always believed everything happens for a reason, she told me, but is having a difficult time coming to terms with a reason for this. Maybe things will become apparent later. Right now, what I saw was a grief stricken thirty-seven year old mother whose husband had died suddenly, leaving her in a small fishing town where employment hinges on the crab and oyster catch of the day. My belief system is similar to hers, yet somehow the acclaimed unfolding of the universe doesn’t seem very fair right now.