The Art of Downsizing 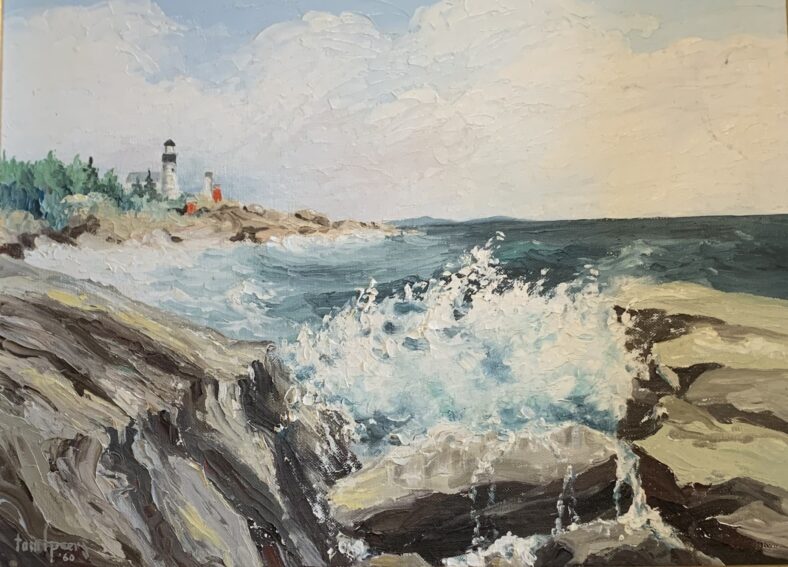 We’re moving along in the process of downsizing. One of our sons and his family were here last week. They helped us sort, donate, and sell more of our stuff. In addition to our own accumulation after thirty-plus years in this house, my mother-in-law had years ago “gifted” us with all sorts of things she wanted to stay in the family when she sold her house of forty years in upstate New York. Among the many things of hers was an original oil painting of a lighthouse and harbor outside a small town in Maine, where she spent her early life. The painting was maybe sixteen by twenty inches and nicely framed, a sweet little picture but one to which neither my husband nor I felt a connection. It was done by a local Maine artist and I thought it might be worth something to someone who lived in the Northeast and I asked a friend in that part of the world if she possibly knew of someone interested in buying it. Interestingly, she said she might but then we never followed through and the picture ended up in a group of things that were basically up for grabs. I wasn’t surprised when my son’s family expressed interest in some of the memorabilia that wasn’t going with us to our new place, but I was amazed when our ten year old grandson picked up that picture and asked if he could have it. He held it, looked at it a while, and smiled broadly. “I just really like this”, he said. He had no idea it had any monetary value as an original painting, he just thought it was a pretty picture. Of course I said yes.