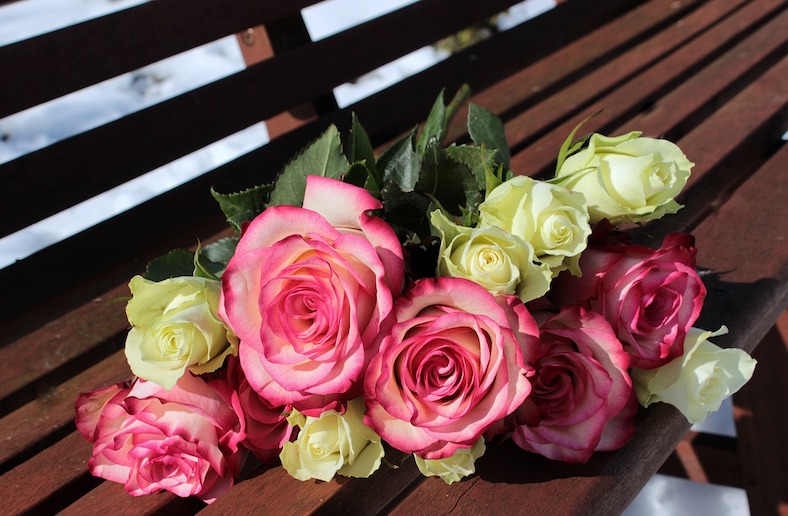 In the small town where I grew up, the high school band on Memorial Day would march the four blocks from the high school to the highway bridge spanning the river.  Patriotic songs were sung, poems read and prayers prayed. Six or seven veterans from the Great War stood shoulder to shoulder and instead of being impressed that they could fit into their forty year old uniforms, we kids would gawk and sometimes giggle at how old they were, though they were probably younger than I am now. There was a greater number of veterans from the Second World War but still, the town was small and the combination of the two military units plus the high school marching band didn’t take long to reach the gathering place along the river. During pre-dawn hours, a boat had ferried a large white cross to the center of the river and anchored it there, where it floated, and as the crowd watched from the bridge, a biplane swooped low and someone in it leaned far out over the water to drop a wreath on the center of the cross. Then the plane angled sharply up over the assembled crowd and disappeared over the tops of the trees lining the river. Afterwards, a smaller, devoted group walked behind the veterans for half a mile to the cemetery, where a minister delivered more readings and a commemoration of the unknown soldier. Segue to Memorial Day this year:  A few years ago, I wrote about a man who told me he was part of the Witness Protection Program.  Should he have given me this piece of information?  Definitely not.  Was I happy to have been trusted with the confidence? Once again, no, but I never told anyone and two years later, was surprised to see him prominently featured as a sort of hero in the local newspaper, when he helped bring down an illegal money laundering operation. The article also mentioned that he was in that federal government program and I was slightly amused at his inability to keep from revealing his past but didn’t think much more about it until I heard that the man had died. I felt sad for his family.  Were his parents still living and would they be notified of his death?  Would anyone remember him with his birth name, or only the self-given one?  Who would mourn his passing?  Would anyone put flowers on his grave? I got an answer this past Memorial Day when I decided to do just that. I remembered he told me that he had served for a while in the military and when I looked online, I found that it was apparently long enough that he was accorded a gravesite in the nearby Veterans Cemetery. Determined that this man would not lie totally forgotten, no matter how nefarious his past actions, I bought a small flowering plant and drove out to the cemetery.  His gravestone had both of his names etched on it — his original and the one by which I knew him. Almost all the graves were adorned with small American flags and a few had an artificial bouquet but I was stunned to see three dozen large and beautiful fresh roses — eighteen white, eighteen red — spread out in an impressive fan shape across the top of his grave.  I added my tiny white geranium and smiled at my erroneous assumption that no one had cared. Obviously, someone remembered him with fondness and maybe, even love.