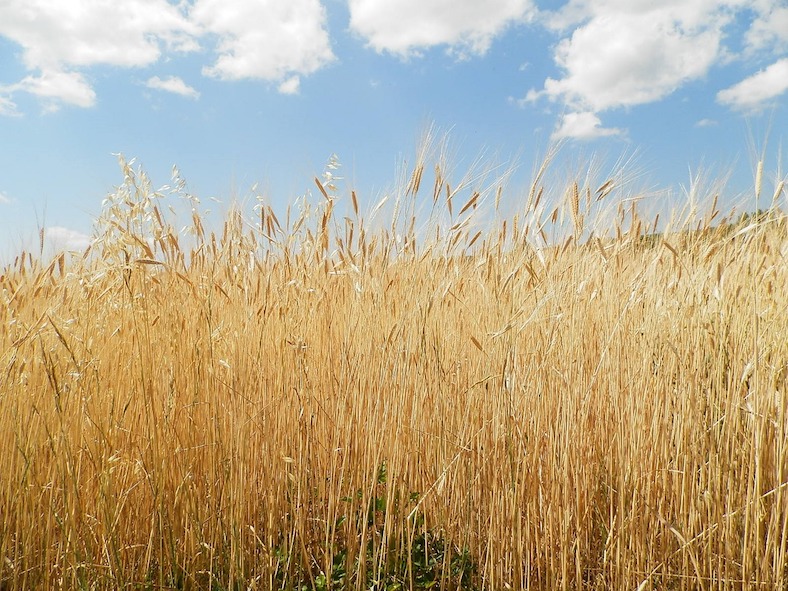 When I wake to the scent of baking bread drifting through the open window, I know the wheat harvest is underway. Wheat is a beautiful thing — a mercurial plant, changing its color from delicate, light green to a radiant golden tan during the growing season — modifying its posture from soft and pliant in June, to stiffly formal by August. Each year, I impatiently await the harvest, when Eastern Washington drowns in an intoxicating odor that’s almost tangible — a simple, unadulterated fragrance that saturates the atmosphere for a few days every year. In this last part of summer, the earth’s breath is hot and the sky is a bright, white blue that I’ve never seen any other place. Those who live in the Tar Heel State like to claim this color and they call the color Carolina Blue — but having lived in both North Carolina and in Eastern Washington, I recognize it as something uniquely western, this blue — a particular shade that lives and breathes only between the high mountain ranges of the west — a dry, bright hue that comes into being when the air refuses to accommodate even a single drop of water vapor to soften it. This color is the scream of the red tailed hawk, the harsh voice of the thirsty land confronting the heavens, the song that summer sings as it stubbornly yields to fall.